Week Thirty was the same week as Week In The Life (which I'm still working on getting all together).

There were a few people who asked me if I was going to do both Project Life and Week In The Life. My answer was absolutely - they are really two different projects and it worked just fine having them happen at the same time. My focus for this particular week was definitely more on Week In The Life - many more photos and details were compiled and collected compared with what I usually add to Project Life (at least the way I'm approaching it). For Week Thirty I printed out some of the photos I didn't include in my Week In The Life album, took a screen shot of the Big Picture Week In The Life community, and added just a few other things. I'd say it's pretty seamless with the rest of my weeks throughout 2011. Last week feels like a bit of a blur. Maybe because I was recovering from the intense documentation of Week In The Life or maybe because I just felt tired in general - whatever it was it still feels like a blur. A good blur, but a blur none-the-less. Simon was away for the week with my parents. Chris and I worked, Anna hung out with her babysitters during the day and the three of us seemed to end most of our days at the local pool. It was a good week but definitely felt like something was missing without Simon here.

I did include a bit of an email that came from my parents about how Simon was doing. I just copied and pasted the text onto a Small Journal Card Overlay, printed, and rounded the corners. A few photos from our garden rounded out the week.

I added (after I took the main album photos for this week) a 6x12 divided page protector to include some of the photos my parents took while Simon was visiting them last week.

I'm all caught up and excited to be moving forward again (and get on with putting my Week In The Life together). It's been a few weeks since my album was downstairs on the counter - that's where I like it best as it feels easier to capture bits of life down there - especially the writing part.

Project Life is a product created by Becky Higgins. It can be anything you want it to be. The pieces of the album kit (similar to the one I’m using) are available here. If you live outside the US check Becky’s site for more information on sources. View all my posts about Project Life here.
#Project Life® | Ali 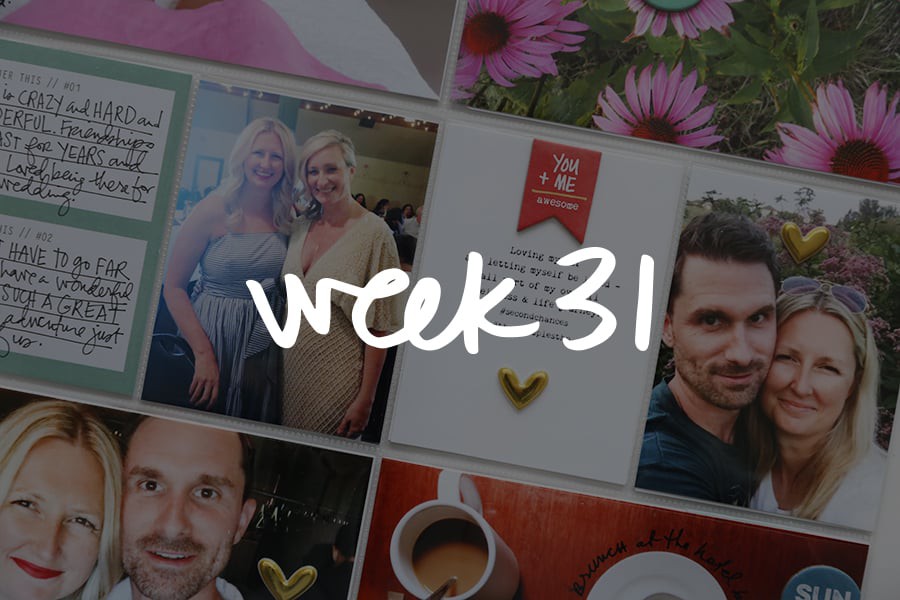 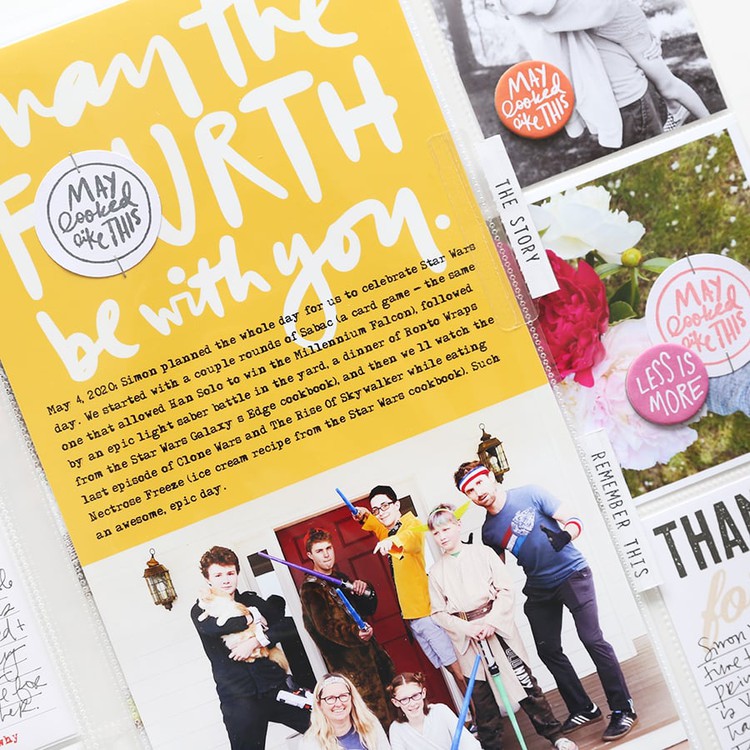