And here we go again!

I'm excited to be getting my December Daily™ album underway for 2011. It's been fun getting messy and playing with my holiday supplies as I begin the process of putting my cover and foundation pages together. As many of you know, what I try to do each year is get the basics of my album all put together before December so that I minimize the amount of time I'm actually working on it during that busy time of year. To read a ton more about this project and see past examples check out my December Daily™ compilation page. Today I'm going to just share the exterior and interior of the album itself. The actual daily interior pages will be coming most likely on Monday as I'm waiting for a couple more supplies to come in the mail (you can see how it's currently progressing in the image above - it's already pretty thick).

For my cover this year I decided to go with white/cream (love the softness of it) and two really enlarged numbers. Last year I also ended up with white. What can I say, I like it. Because it's basically white on white it's a bit of a challenge to photograph, but you'll get the idea. The chipboard album I'm using is available as part of a December Daily™ kit through Studio Calico. Kits go on sale October 27th/28th.

In addition to the white/cream I also wanted to add some sparkle/gloss and one of my favorite ways to do that is to use UTEE. My full process is listed below. 1. Print and cut out a "2" and the "5" to make your own stencils (you can do this in any program like Word or Photoshop). I printed these numbers on cardstock so that they would be sturdy enough to use as a stencil. I used a craft knife to cut out the numbers from cardstock. Depending on the size of your album you'll want to adjust the size of the numbers accordingly. I made my #2 larger than my album so it would go off the top and the bottom edge. My #5 is not as tall as the album but it's nice and wide. I used the font Numbers Depot for my #5 and Rosewood for the #2. 2. Paint two base coats with gesso (essentially white paint) inside and out. After the gesso dried I did two coats of the cream paint from Martha Stewart. 3. Lay the #2 stencil down on the cover. Open your album flat so you can have the #2 wrap around the spine. Using the stencil, paint the #2 with gesso. I did this as a base under my embossing. You could just emboss right onto the painted cover as well. Let Dry. 5. Using the stencils and a pencil, create a line drawing of the number 25 on the back cover and on the inside front cover. I chose to use a pencil because i wanted a fairly faint line drawing. You could use a colored pen, pencil, etc or paint inside the stencils rather than tracing. Lots of options. 6. Using the #2 stencil (lay it right on top of the painted #2), turn your embossing inkpad (I use Versamark) upside down and stamp (using the whole pad) all over the stencil. Lift up the stencil and pour UTEE over top. Use a heat gun to set the embossing ink. The above image is what it looks like before melting the UTEE with the heat gun. NOTE: I tried something a little different with the UTEE for the #2 - I poured some glitter into my powder before putting it on top of the embossing ink (the glitter was in a little bag - I think it came from a past Jenni Bowlin kit). The end result was to make the #2 have a different texture than the #5 (which was just UTEE). It's rougher and not as smooth. This whole idea came about when I noticed that my UTEE had pretty much already been contaminated with some glitter somewhere along the line. Anything I emboss with that bottle of UTEE ends up with some bits of sparkle. 7. Repeat the same process for embossing the #5. 8. Choose a couple of holiday sentiment stamps for the front and inside cover. I used two stamps from my November 2011 Studio AE set (will be available for purchase on November 1). Stamp using Staz On ink (Cherry) to avoid smudging. 9. After stamping the sentiments I covered/sealed the entire album with Mod Podge. I left the embossed part alone and just painted the Mod Podge around it. 10. For the spine I used the Santa from this Echo Park chipboard package (included in the Studio Calico kit). I covered the Santa with Glossy Accents to give it a nice finish on top of the chipboard and to keep the small typed piece (December 2011) in place.

OUT-TAKES | WHAT I TRIED FIRST


My first attempt at getting the numbers on my album involved silver spray paint. I took the album (painted with the gesso + cream paint) outside and laid down some newspaper. Laid the stencil on top. With silver metallic spray paint I used the stencils to spray on the #2 and #5. I think I need to practice a bit more with the spray paint. I ended up painting over the top of the silver spray paint as it wasn't really the overall look I wanted. It's a nice reminder that you can always paint over the top (just wait until it dries completely).

I'm so excited to see all the different covers and album interiors that I'm sure will be popping up over the next few weeks! It's always so cool to see the results. I've created a Flickr group for anyone interested in sharing their album along the way: December Daily™ 2011 Flickr Group.

TODAY'S POST SPONSORED BY | Chic Tags
Chic Tags, formerly known as Shabby Chic Crafts, has delightful vintage inspired paper tags to fit all your crafting needs!  If you plan on working on a December daily Album too, you don’t want to miss out on their NEW December Daily Album Kit III. Please don’t forget to check out the CT blog for tips and ideas! 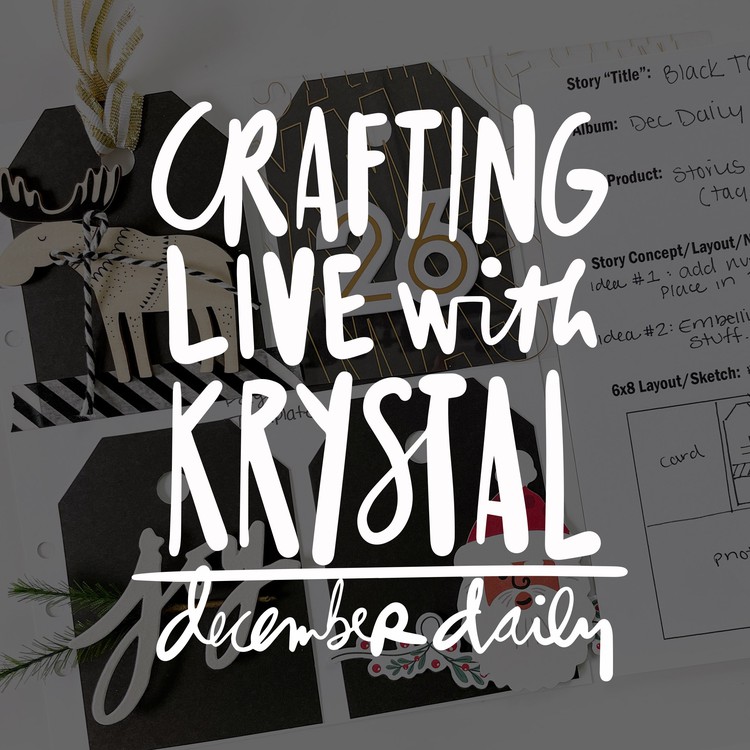 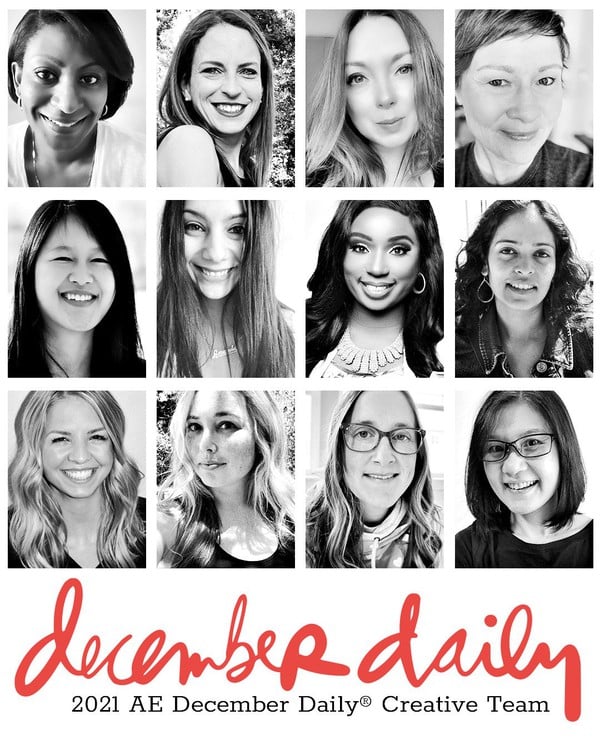 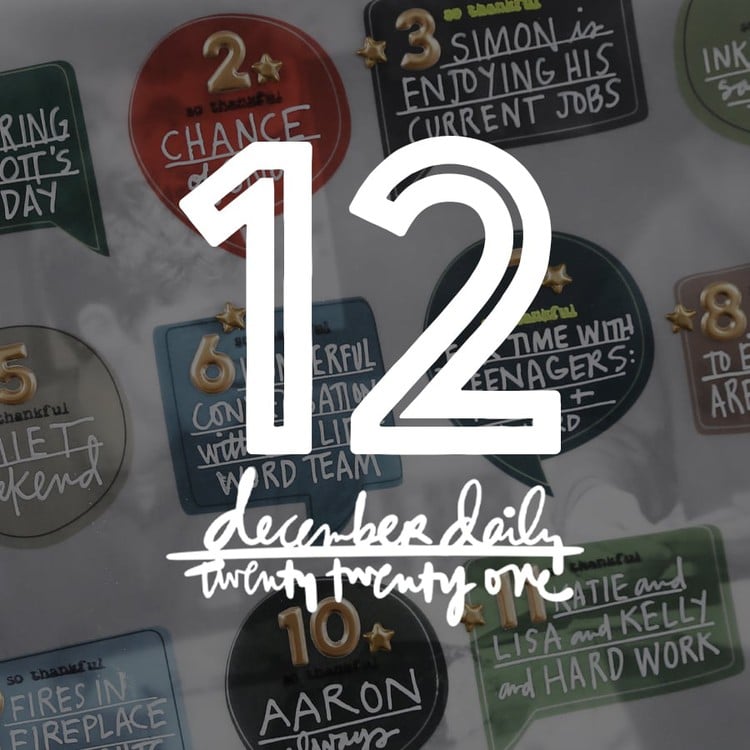