Last week we spent an evening at our county fair. We usually go for one night each year. I like going in the early evening when the light tends to be just right.

As I was looking back at my photos from the evening I was thinking that would be a good chance to talk a little about why I take the kind of photos I do - what stories do I think of, why do I shoot at a certain angle, what am I looking for, what I'm thinking about, etc.

Here are some of my fair photos along with some commentary: CAPTURE REAL STUFF | We were walking towards the entrance to the fair and Simon and Anna kept getting father and farther ahead. Chris ended up running to catch up after Anna wouldn't stop (Simon was trying to help but his helping was just making it worse). I took about three shots of this little encounter - him talking to her and her listening but not really listening as two-year-olds are prone to do from time to time.

I like photos that showcase relationships - especially the real ways in which people interact everyday. TURN AROUND | What's happening behind you as you walk ahead? In this case I turned around to see that Chris had picked up Anna. Again, relationships. She won't always be small enough to be carried. MOMENTS OF DELIGHT | I do a lot of looking through my lens to capture delight. It's one of my favorite emotions and one of the things that I love to see most on Simon's face. He's the best at being delighted. PERSPECTIVE | I love shots that demonstrate size perspective - this is especially cool with kids. How can you show that both when you are up close and farther away? Anna was just a bit too small for most of the rides but there were a couple where she was over the line. She was pretty bummed about that - she has an awesome zest that makes her want to try anything and everything she comes across. You might also notice that for this shot I got down at her level vs. the shot above where I pointed the camera down on her. Each one has it's own feel.

Here's another one that showcases perspective. I like photos that show their difference in height. There's a whole story there about a seven-year age difference and the ways that brings them together. GETTING ME IN THE SHOTS | I think it's important for me to see myself in my own life. Chris happened to be here on this adventure but I'm not afraid to ask a stranger or set up my self-timer to get shots that include me in the story. Another thing I like about this photo is that it really shows a lot of the scene via layers - the ferris wheel in the background, the water in front of the kids (the direction they are heading), me standing behind, the sun shining on me, people walking in the background, etc. It's busy, but that's what was happening at that point in time. We also took close up shots of the kids in the boat, but this one was more interesting to me in terms of telling the story because of the layers. MOTION | I love shots that show motion. Bring on the blur. What sort of movement is happening that can be captured on film? For this shot I did some panning - moving the camera to follow the action. Some shots turn out and others don't. Loved this one. You can read more about panning here. POINT OF VIEW | One of the things I think to myself as I'm shooting is how can I look at this differently? Where can I go and how can I move my body and what will the resulting image look like based on changing my own perspective. For this shot I was standing below them as they were waiting to go on the ferris wheel (not my favorite activity). I took quite a few as they made their way through the line - this was my favorite. FRACTIONS | Yep, fractions. The most common one that comes to mind for me is 1/3 - also called the "rule of thirds" which you can read more about here. The photo above is more 1/2 - half the image is sky and the other half is an object. The first photo at the top of this post looks like 1/4. The ferris wheel takes up 1/4 of the image and the other 3/4 are sky. These two are great examples of positive and negative space - the sky being the negative space.

But my favorite thing? The photobooths of course. Check these out:

They each wanted to do them alone. I was worried Anna wouldn't be tall enough but it was just right. Love that red background.

OTHER PHOTOS | I love when I can add something like this into the story - an image that comes from a different source other than my regular camera. I think that's why I like the photobooths and the Instax so much too. 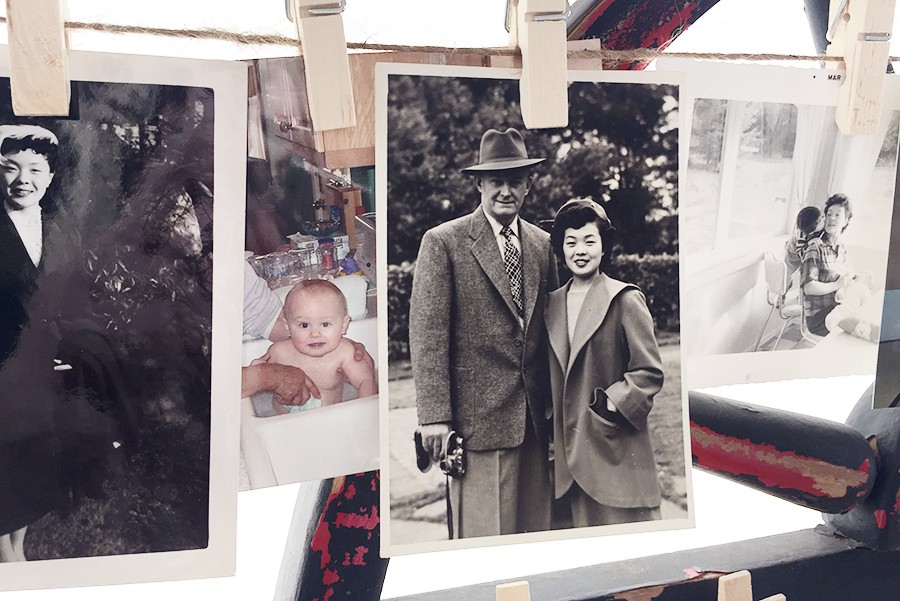 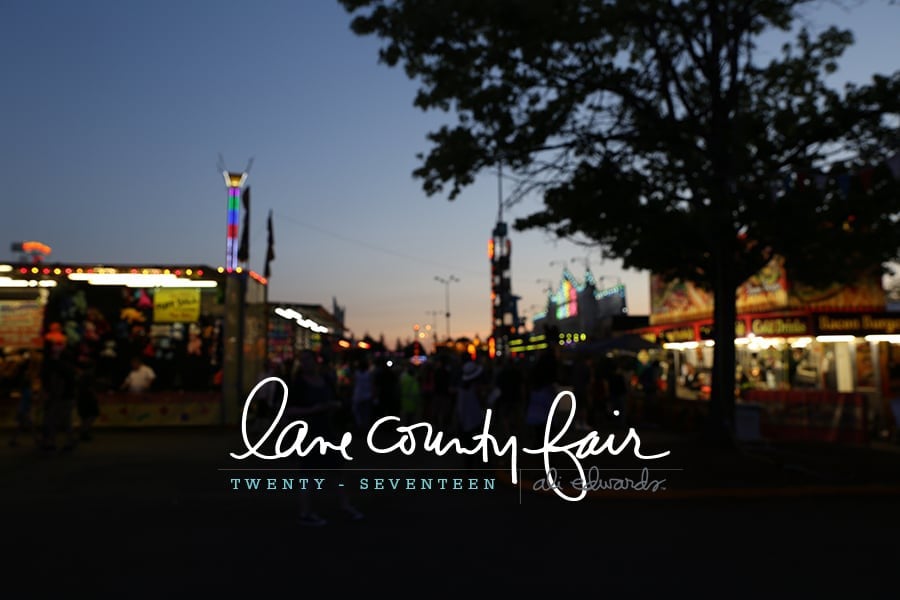 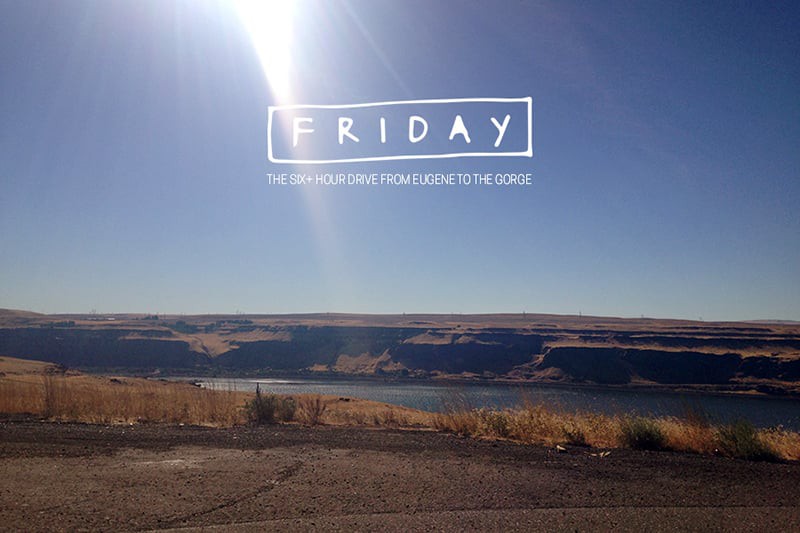 Dave Matthews At The Gorge 2014