Happy Monday! Hoping you had a good weekend. Today I'm telling the story of a little crafty get together I had with Katie and Kim on Saturday night. I did another full page photo for the left page of Day Four. Most likely you'll be seeing quite a few of these in my album as it's on my favorite things to include.

Before I tell you more about my December Daily™ pages today I wanted to talk a little bit about those glittered words on the wall near our front door in the photo above.

It was my crafty project for the evening.

The idea came from this image I found on Pinterest last week. If you click through to the link to Katie's Pencil Box she's got a tutorial and printables if you want to hand cut the letters. I decided that since I had a Silhouette here now I could probably have it cut the letters and it did an awesome job. The font I used is called Script MT. Rather than using Mod Podge (which I tried at first and just wasn't getting a great stick with the glitter) I used the Creatopia - which is basically a 12-inch Xyron. You run the image through and it puts adhesive on the back (or front as the case may be with this project) and it comes out looking like the image above. You peel off the front and backing and you're ready to glitter the front. For glitter I used Martha Stewart and mixed the Florentine Gold and Sterling (loved that idea from Katie's Pencil Box tutorial). I hung them on the wall with some of those wall sticky tabs that are removable.

My favorite thing is that they catch the twinkle lights from outside and do their own little light dance.

Back to December Daily™. I printed out the full page photo and then added a little white cardstock tag (punched using a McGill Tall Tags Rounded Punch that I don't think they make anymore). I stitched that onto the photo and then ran the photo + tag through my typewriter. Just a couple words about preparation and celebration.

Right above the white tag I added one of the super cute Happy Days Wood Banners.

For the second page I'd planned to use the typewriter again for my longer journaling but the T broke. Not sure it's repairable. So instead of using the typewriter I jumped back on the computer and created the journaling in Photoshop using a font called Remington Noiseless. I knew I wanted to cut these words out as strips so I left a bit of space between each line.

The journaling talks about getting together, having some wine, and making things. All very good stuff. I spaced it out randomly and considered doing some more stitching but I was ready to just move on to the next part.

Looking at it now I might go back in and add a few stitches between the lines of text. I stitched it right along the top right edge, repeating the same basic idea from the left page. Down along the bottom of the right page I added a strip of October Afternoon Wax Bottles pattern paper (black stars) and stapled on a chipboard tab from Echo Park. The tab is actually blank - I stamped the word "document" on there using the April Studio AE stamp set which was called It's In The Details.

Here's the two pages together: Elle’s Studio has some great items for your holiday scrapbooking – their numbers and journaling tags will also work great with your December Daily projects! Use coupon code ALIHOLIDAY on any order over $35 and receive 10% off!


You’re invited to include a link to your DAY FOUR page here. Please link directly to your post vs. your general blog link.
#December Daily® 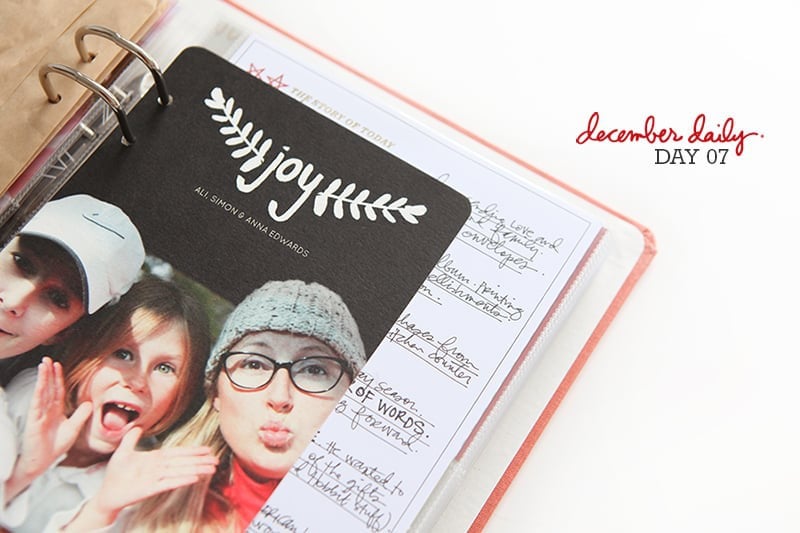 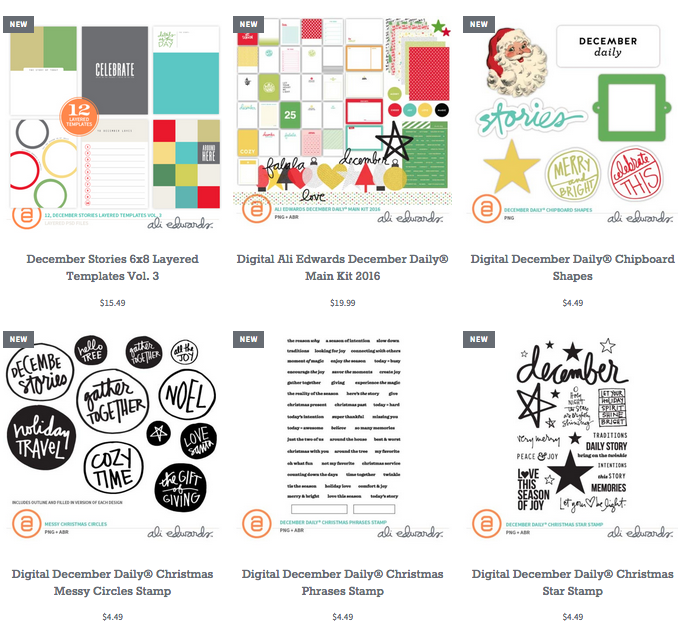 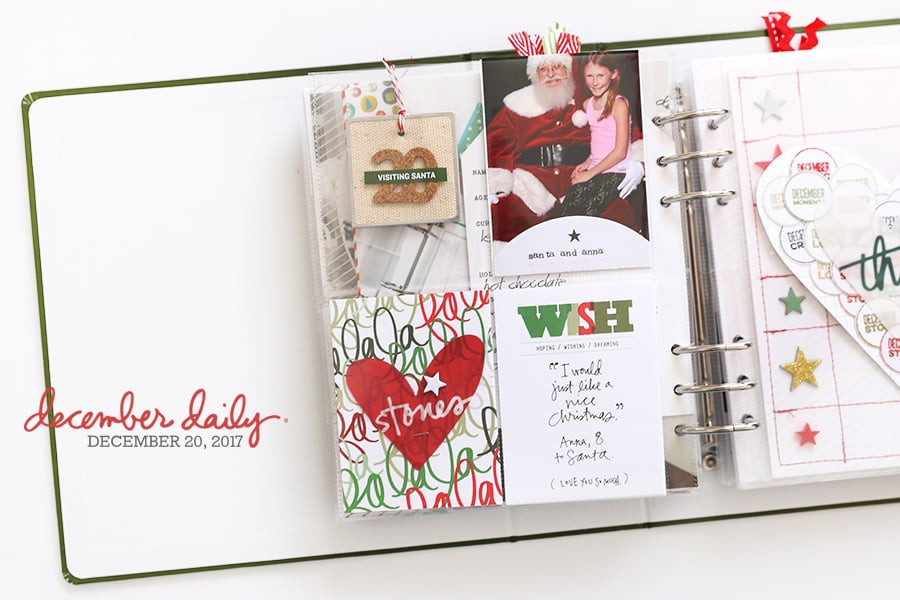