Offer valid on orders with subtotals of $75 or more from the Story Play Collection category. Code valid thru 1/31/2023 at 11:59pm EST. Must enter code at checkout to receive offer. Refunds will not be issued for forgotten or misused promo codes. Code not valid on previous purchases. Offer is subject to change.

FREE US SHIPPING ON $89+
Details

Offer valid on orders with subtotals of $75 or more from the Story Play Collection category. Code valid thru 1/31/2023 at 11:59pm EST. Must enter code at checkout to receive offer. Refunds will not be issued for forgotten or misused promo codes. Code not valid on previous purchases. Offer is subject to change.

FREE US SHIPPING ON $89+
Details The Soccer Chocolate Kittens first season came to a close a few weeks ago.

And man it was so fun.

This was Anna's first real soccer experience. She was on a team with other Pre-K girls from her school and they were in league comprised mainly of Kindergarten teams (meaning they were usually a little smaller and a little less coordinated/experienced than their competition). They played half-field, 3 on 3 matches - they had 6, 5 minute matches each game if I remember correctly.

At the team celebration dinner Coach Sid had this to say about Anna:

"This girl was the most creative player. She created a new move, the back kick, introduced all of us to the concept of a dog pile, and she was the best grass-eater on the team." From the first practice to the last game it was so fun to watch this group of girls learn about teamwork and friendship and some of the basic fundamentals of soccer.

Coach Sid (a parent of twin girls on the team) was awesome. One of the first things he did was teach the girls the concept of "tank full." He would ask them, and they would ask each other, "Is your tank full?" If the answer was no they would give each other positive praise. It was such a great way to build each other up.

He was also the kind of coach that went up to each girl after the game and said something positive about their experience and told him he was so proud of them.

Needless to say I don't think I'm alone in hoping he will volunteer again in the fall. And she loved it. Soccer at this level is really all about the basics. They learned so much from their first time on the field where they really had no clue what was happening to a few games in when things finally started to click. I loved the chance to better get to know some of the other parents of the girl's in Anna's grade (there are two Pre-K classes at her school). I imagine, unless something changes drastically, that most of these girls will continue at this school until 8th grade. Seeing that photo made me think of this one: And yes, I know I look like a boy.

I played competitive elite soccer starting around age 6 (I think) until about age 12 or 13 (junior high) when I needed to decide between swimming or soccer because both of them occurred during the same season in high school. I went with swimming.

Soccer and all that went into being on a competitive team was a big part of those growing up years for me and I really liked it. Practices in the cold and rain (it's the Northwest of course), weekend travel all around the state, tournaments in the summer heat. Simon had his own learning experiences over the course of Anna's soccer season - most especially about how to be a good sideline friend. There was a lot of talk about how we cheer for the girls. We support them even when they miss a goal (vs. getting angry that they missed).

Sometimes we took a little walk with him to the car to take a break when he was feeling extra frustrated by their lack of skills. It was a good time for him to practice his own skills and he did get progressively better by the end of the short season. We also captured the moment when we could all plainly see that Simon is now taller than Katie. In April I posted this photo of oranges on Instagram with the caption, "Soccer mom!!!!!! I'm on orange duty for the Soccer Chocolate Kittens game tomorrow morning." Katie captured my personal excitement about getting the chance to cut up those oranges for the half-time snack. Told you I was excited about those oranges. There were definitely times when she wasn't into it but when she finally scored her first goal and got a taste for what that feels like she was all over it.

One of the special things parents and supporters in this league do at the end of each game is a tunnel for the kids to run through after they've given the other team a high five and gone through the "good-game" line.

I think the tunnel is quite possibly their favorite part, next to the snack at the end of the game of course. I'm hoping this is the start of many more athletic adventures to come because Anna, I love watching you play.

PS | And in case you haven't read that awesome post about the Six Words You Should Say Today by Hands Free Mama I highly recommend it. 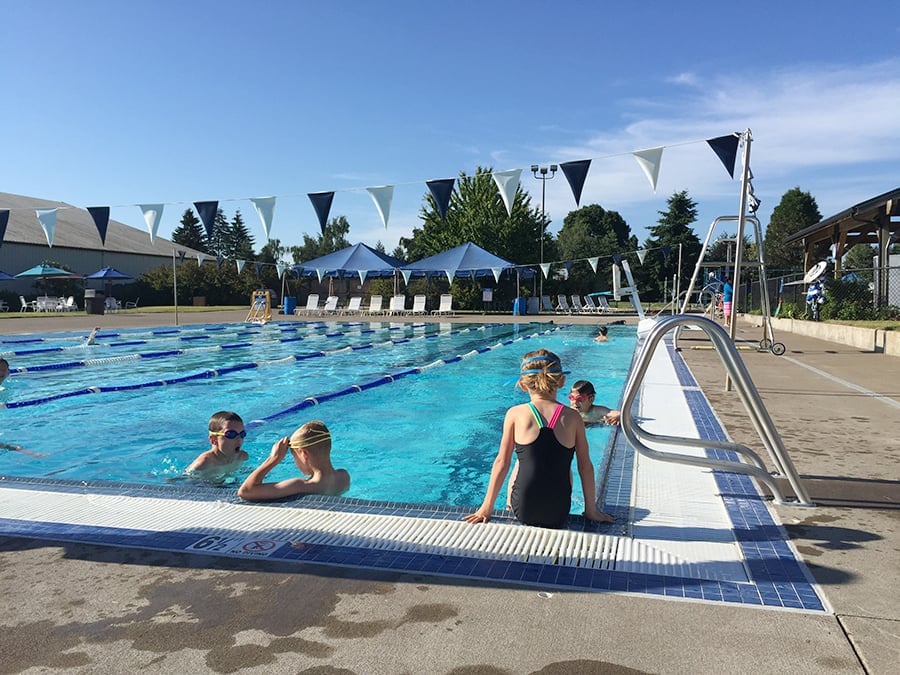 On Being A Beginner 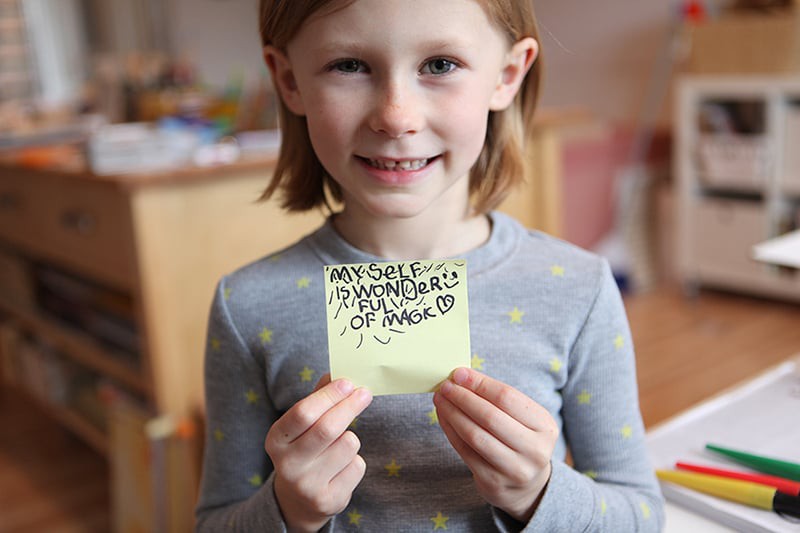