I am so totally doing Project Life® again in 2016.

Remember at the beginning of last year when I hesitated, said I was going to stop and then missed it and started up again? I'm so happy I did. Yeah, I didn't finish last year in last year but I never really had that intention. I figured I'd see how it went and if I wanted to keep doing it I would. I did and I do. I only shared a few spreads on here in 2015 and more were shared in the classroom portion of my Story Subscription (I've been doing one weekly spread per theme to show how the kits can work with Project Life®).

I've spent a bunch of time over the last week printing out photos for 2015. I have all photos through July in spreads now and am working my way through the others. Some weeks in the second half of the year have already been done and many have one or two photos printed and a few sticky notes and journal cards here and there. I've gotten into the habit of printing my photos first and then adding my stories. I'll be sharing those with you here as I complete them.

For my title page I'm following the same format I have just about every year which includes a photo of each of us + pattern cards in the 4x6 spots: 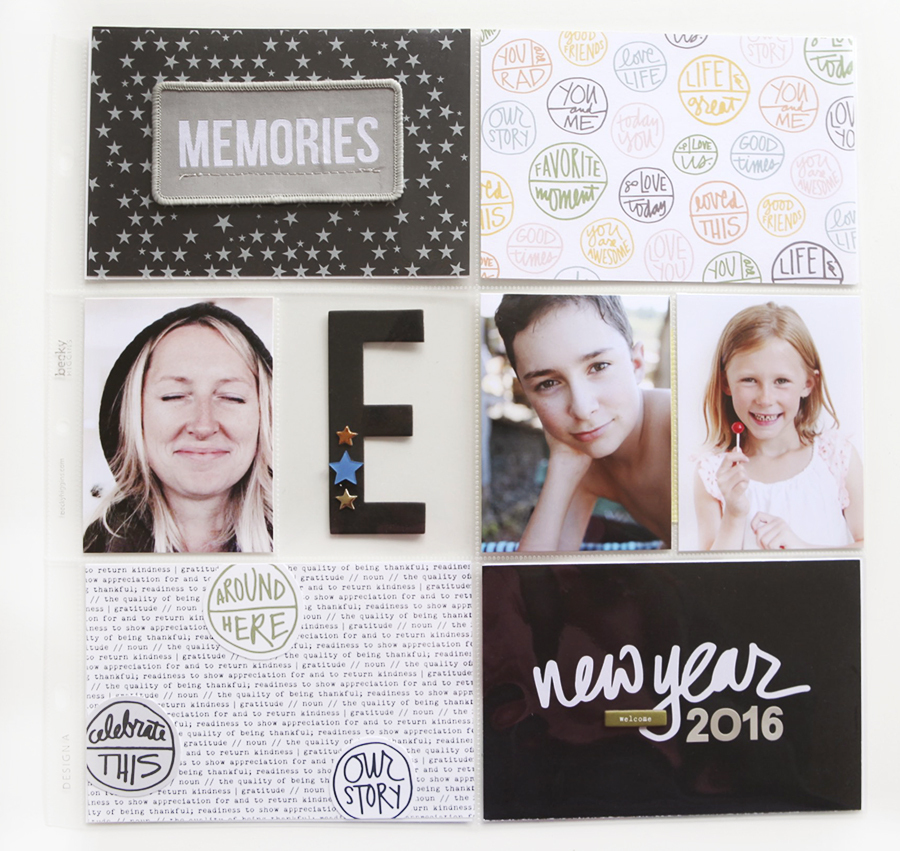 I think it was in the One Little Word® workshop that I mentioned that I might overuse this photo of me. I can officially check that box now as it's appeared in December Daily®, One Little Word® and now Project Life®. I'm not apologizing for it at all because I like that photo - I felt good when I took it and I want to keep feeling that way.

For my title page I used a combination of cards from my journal card sets. The "memories" patch was from the Old + New Story Kit™ (available until January 14th). The circle pattern card is included in the Love Life set. The bottom left card (the text) is from the Gratitude set and the circles were hand-cut from other journal cards. The "new year" card is from the New Year set (with lots of fun sentiments about celebrating). On top of that I added a chipboard piece from a Freckled Fawn embellishment kit and "2016" from my St. Helens alpha. In between the photos of us I included a large chipboard "E" for Edwards with three small stars on top.

Super happy to be continuing to tell the stories of our life. I've been going back through past albums oner the last week while getting ready to launch my new online 4-week workshop Storytelling With Project Life®. We had planned to open registration this week but there were a couple things I wanted to adjust before we open registration so that will now happen next week and the class will begin a couple weeks later. When I looked back at my completed albums from 2012, 2013, and part of 2014 you know what word came to mind? Whole. Yep. The pieces of my life come together in these albums. 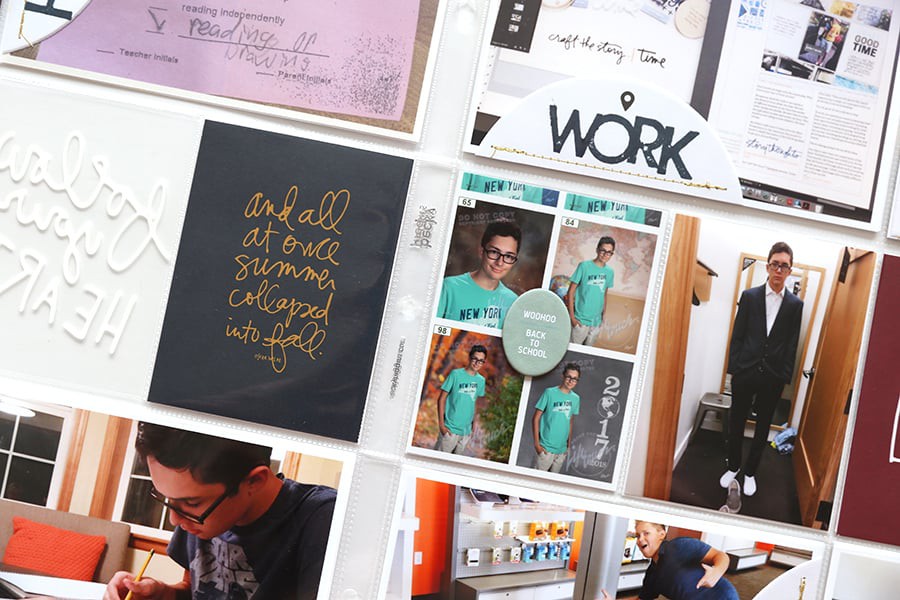 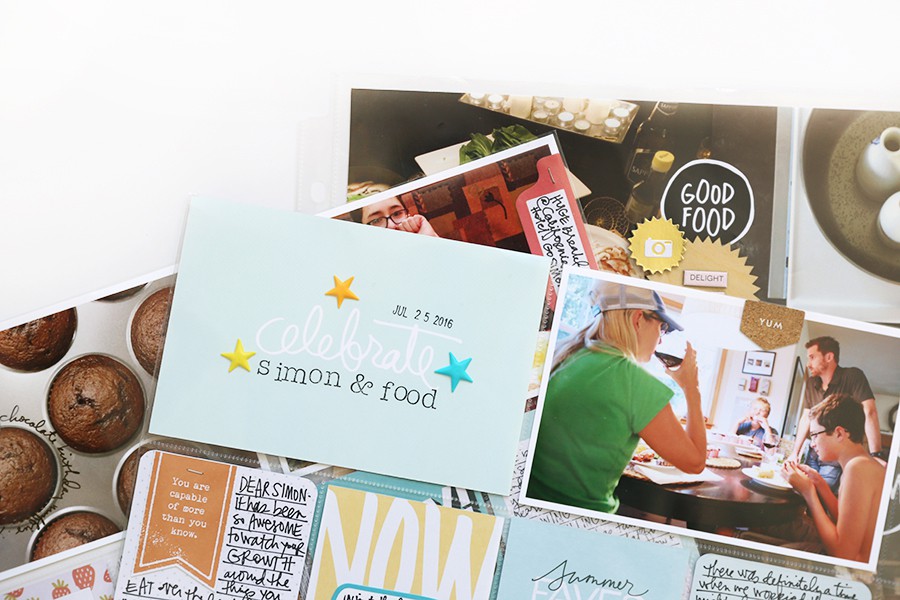 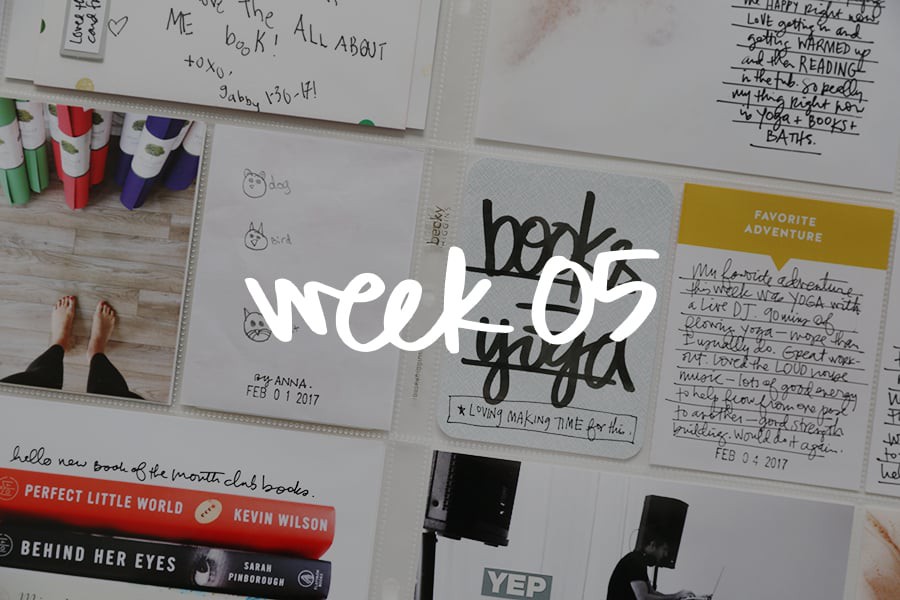