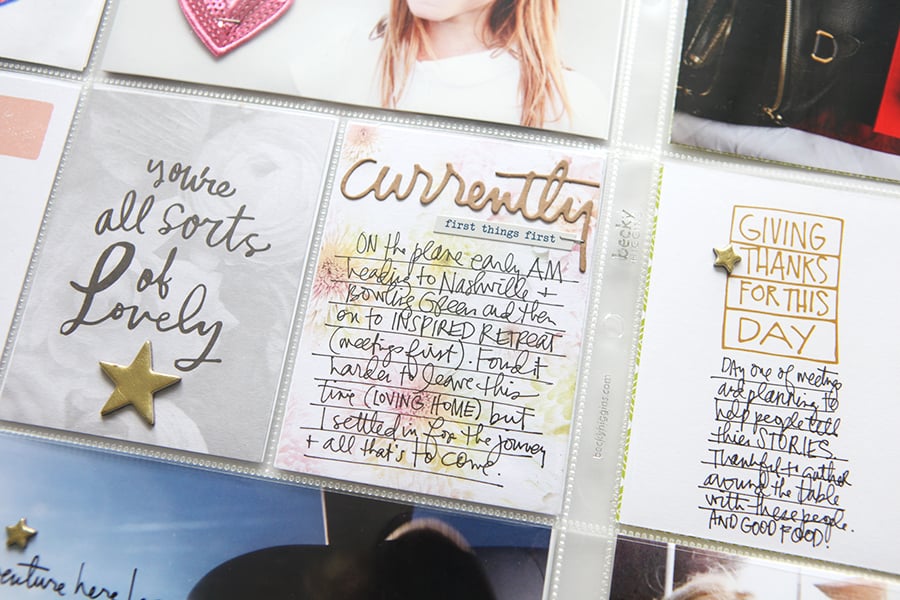 Today I'm sharing my Week Seventeen which signals the end of my first album for 2016.

I split my Project Life® years into 3, 4-month albums - so January through April, May through August, and September through December. For some people that might be way too much (too many albums) but for me this set up continues to work for the stories I want to tell.

I'm not up-to-date for the second album (May through August) but am slowly but surely working my way through as I go.

At the bottom of this post I'm sharing what I did on the last page of this album and a short video overview of this album.

Here's a look at my Week Seventeen: 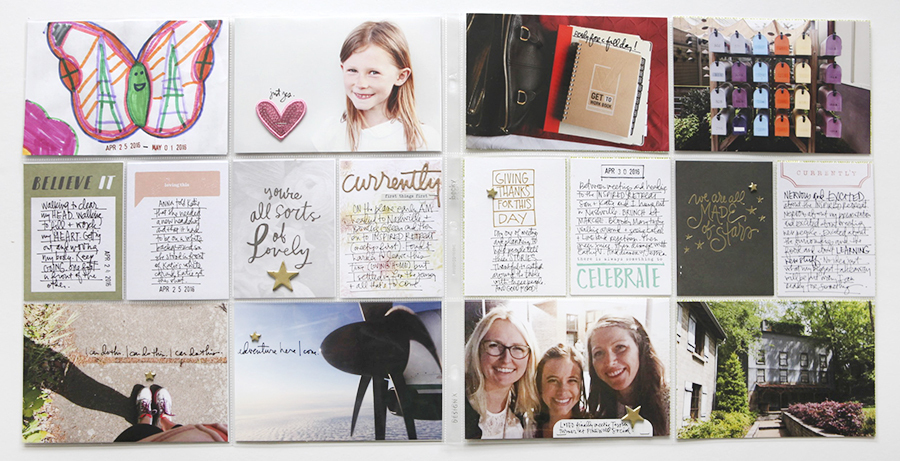 This week is just a mix of cards that were on my work table from a variety of sources including the Believe Story Kit™ (available via subscription through the 14th), the Scout Documenter Kit (from Studio Calico), my Gratitude Journal Card set, and my Celebrate Journal Card set. I've recently been doing a lot of spreads that include a whole lot of repetition with the cards so it was fun to mix it up again between different sets. 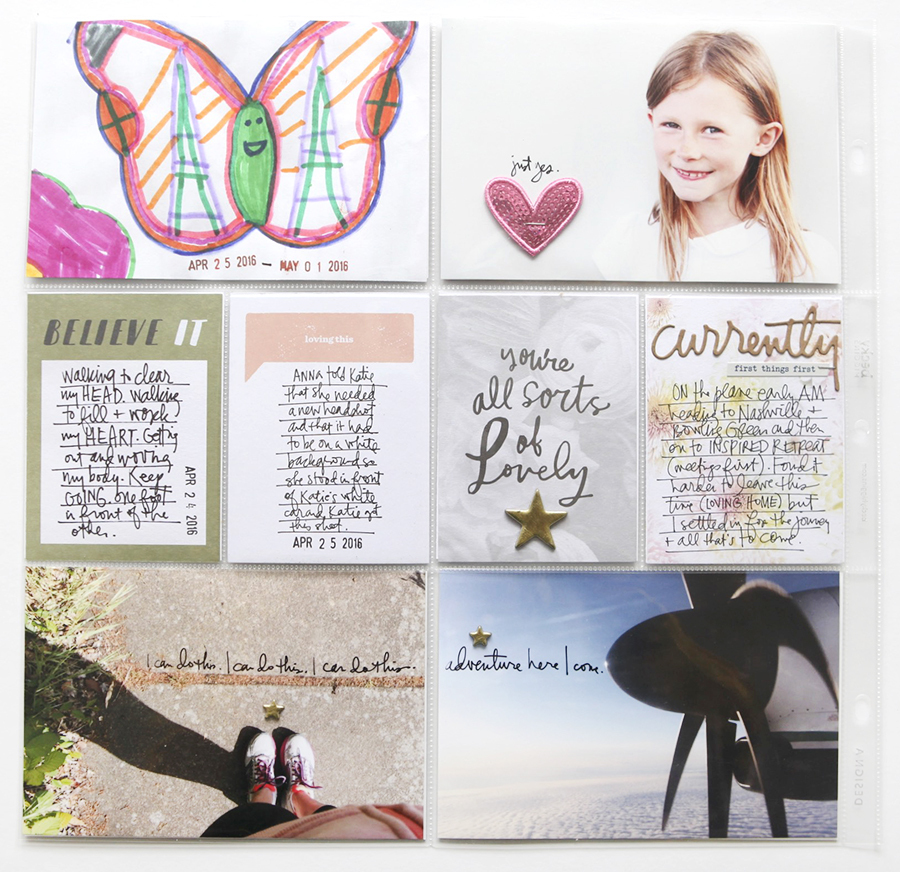 Loving my "currently" craft die (added to the card in the middle on the right) - that little bit of texture on a journal card is great. I use the Evolution for my manual die cutting machine.

Still writing on my photos to tell just a bit more of my stories. 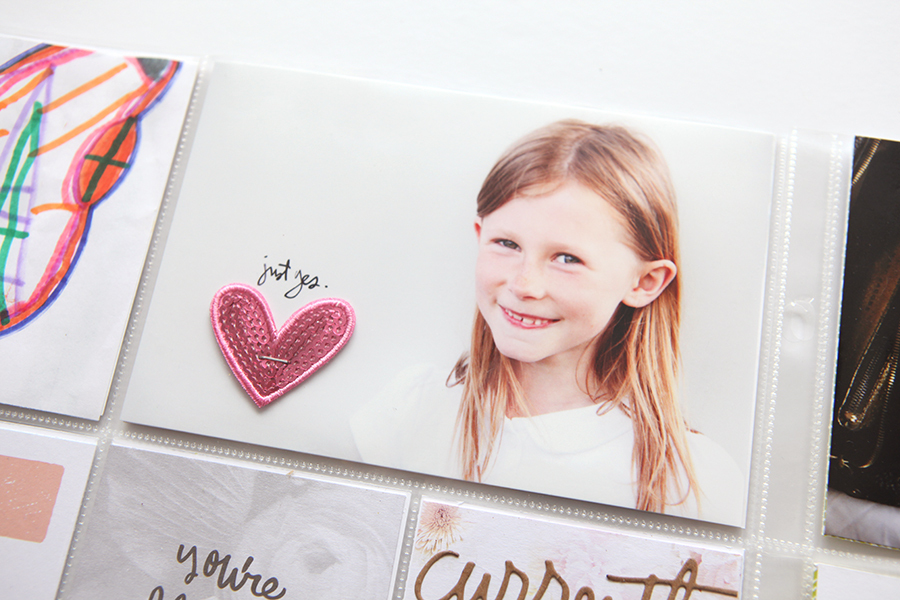 Fun sequin heart is from Freckled Fawn. Katie took this photo of Anna when Anna told her that she needed a new headshot and it must be on a white background (ha). 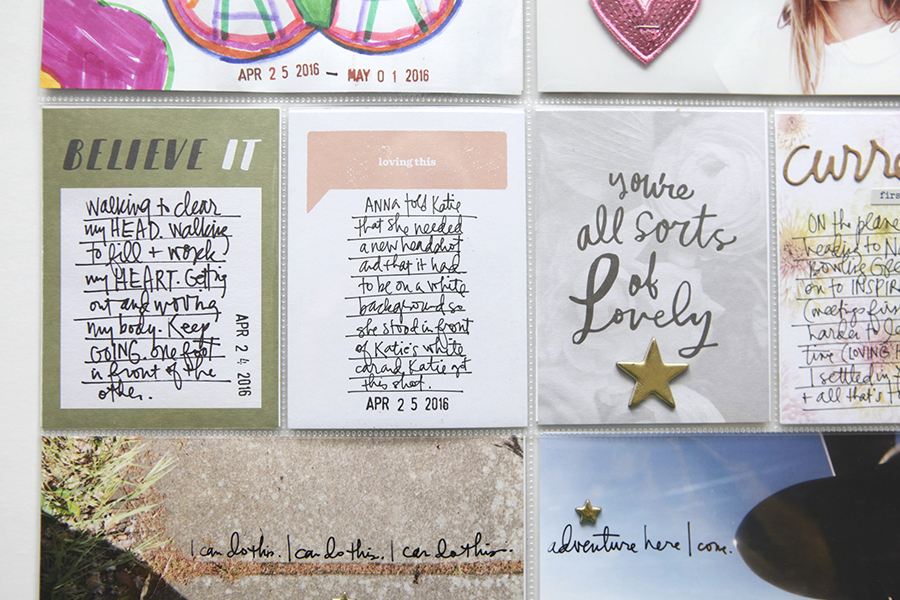 Little stories throughout the year = one big story at the end of the year.

Are you struggling because you feel like you have to tell every story? Give yourself a break and just tell something vs. thinking it has to be everything. Little somethings add up to a bigger something in the end. 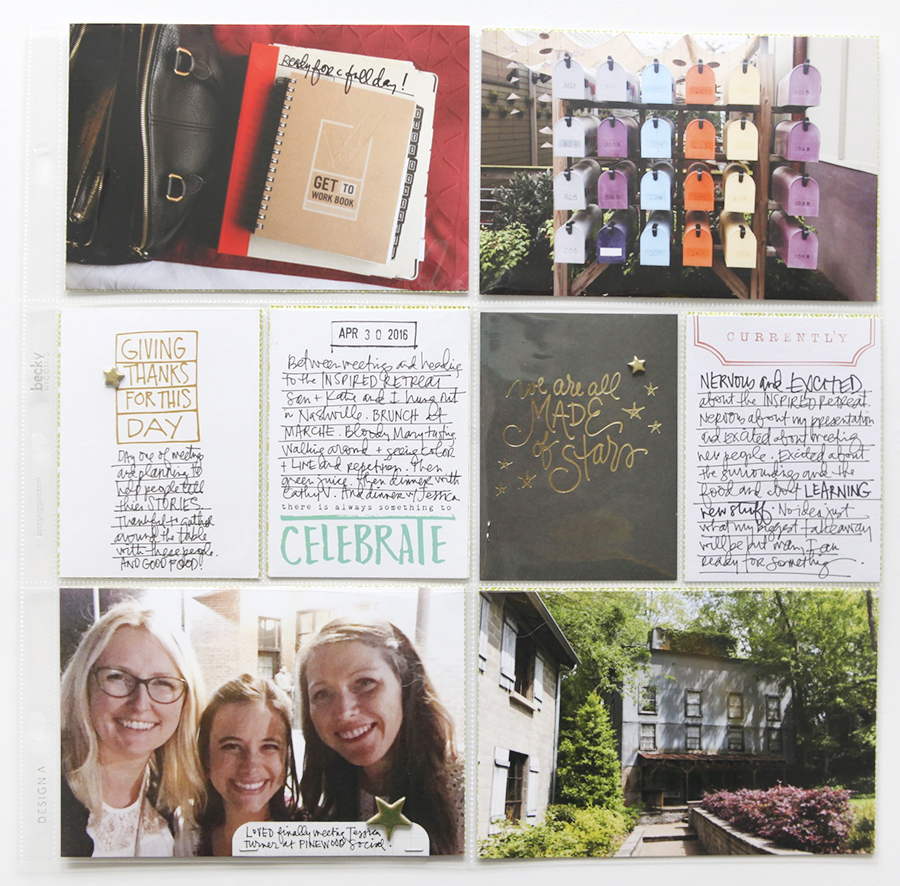 The second half of the week including heading to Kentucky and Tennessee for meetings and for the Inspired Retreat. 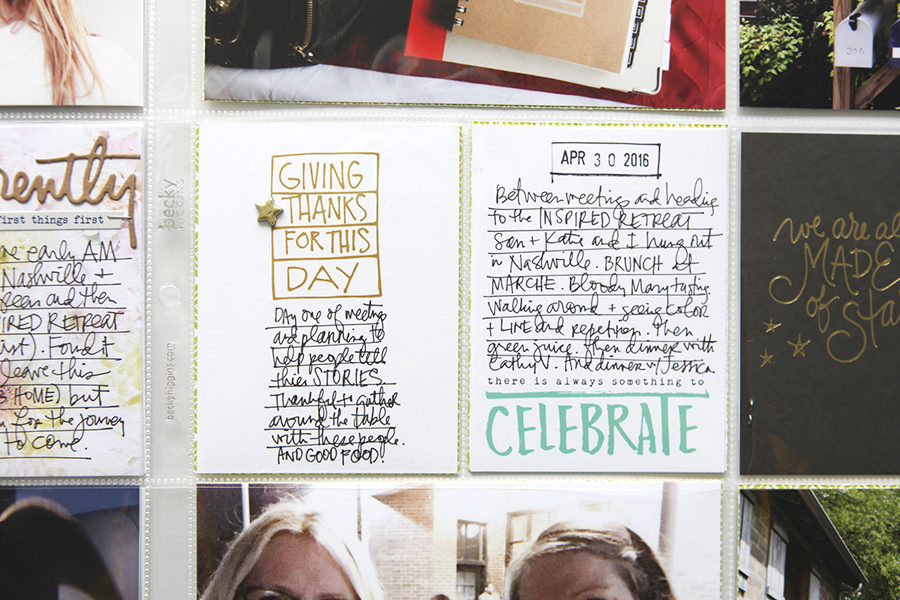 Next up I'm sharing a video overview of my first album for 2016:

Here's a closer look at what I did on the last page of January through April 2016: 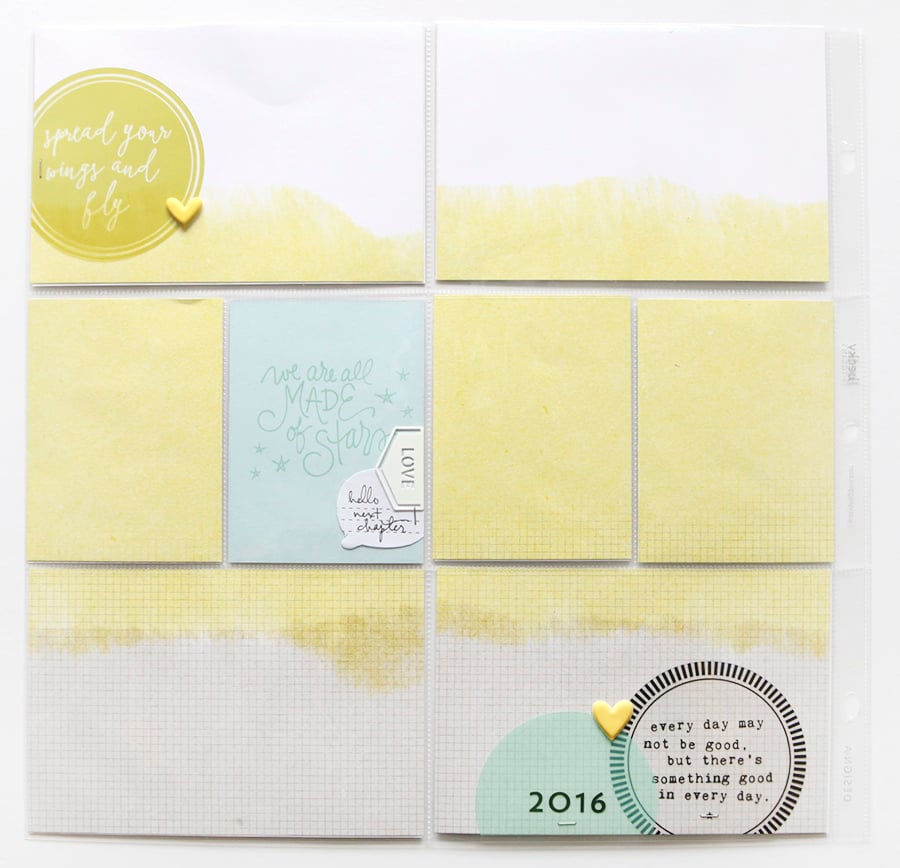 To keep it super simple I pick one sheet of 12x12 paper and cut it up to fit into the pockets.

From there I took out one 3x4 card and added in a cute sentiment card (which is actually the back of the gold foil stars card that you saw in the spread for this week). In addition I added three transparent circles - two are from Freckled Fawn and one is from Studio Calico (2016). 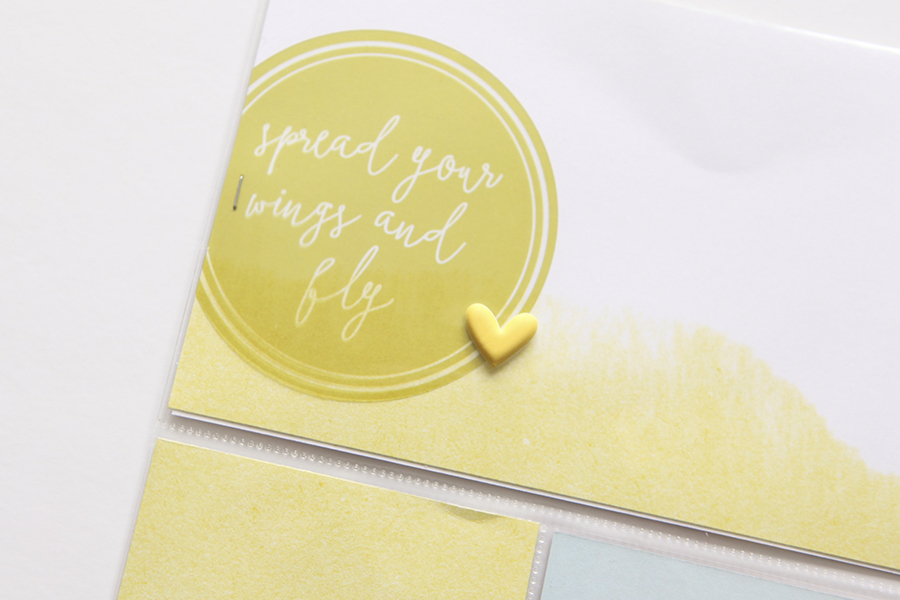 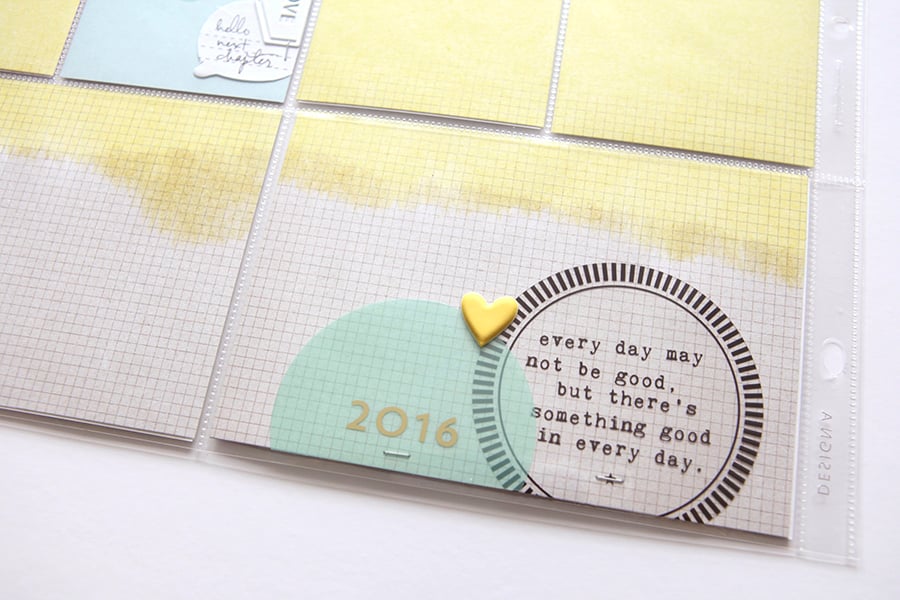 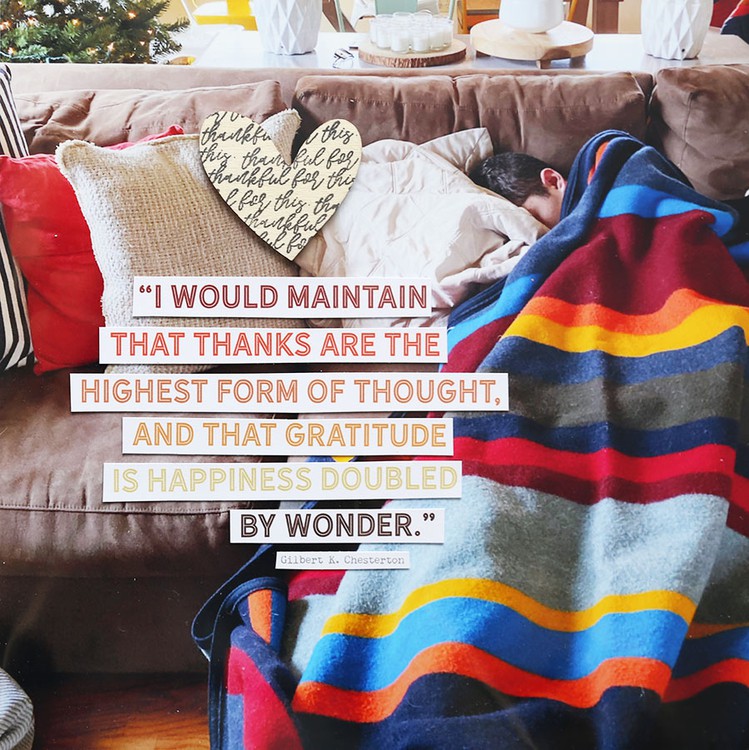 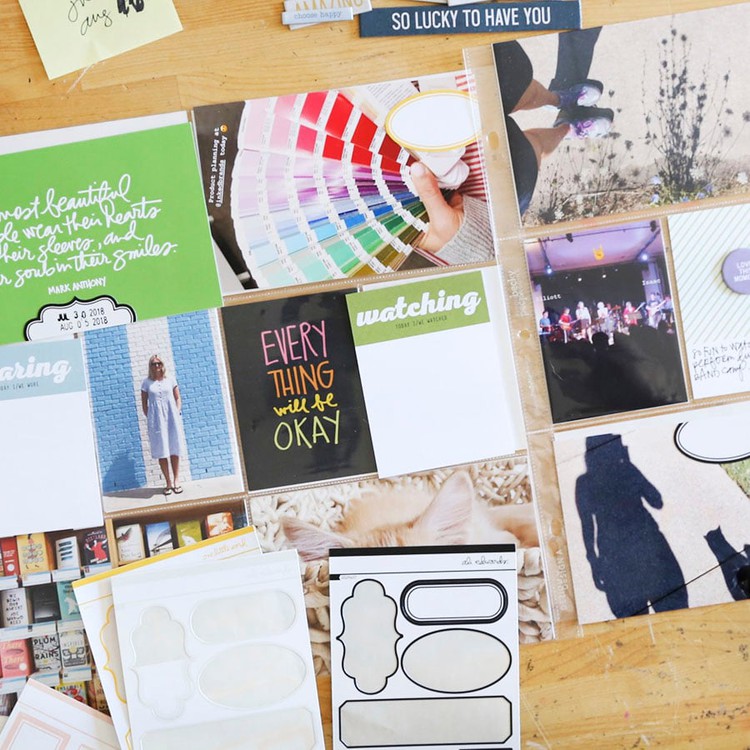 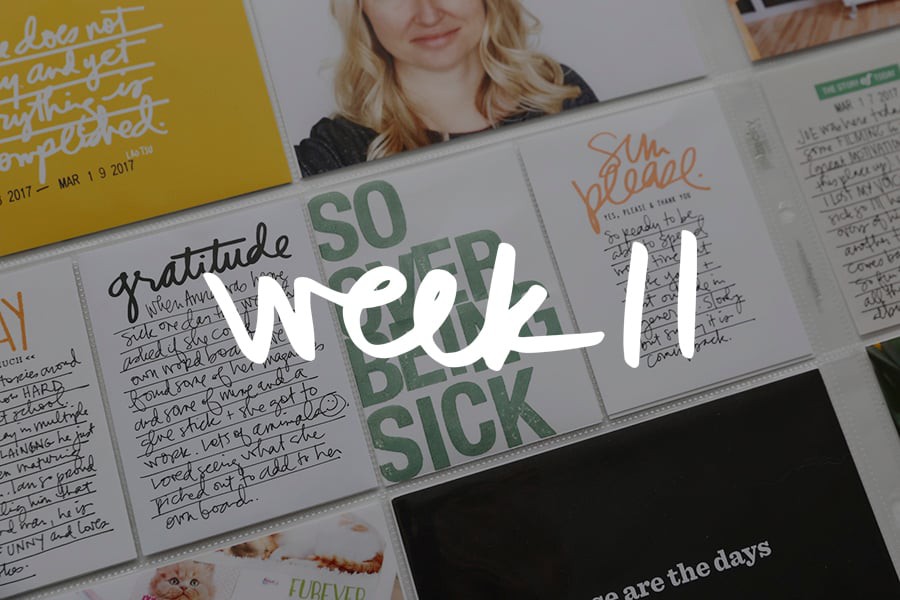