Last week was a really full week: Simon finished third grade, Anna spent five days with my parents in Seattle, I attended a really great retreat on the Oregon Coast, and Chris was working hard as the legislature almost finishes for 2011. One of my favorite photos from this past week is the one of Chris and Simon. Simon was practicing a speech he needed to do for his class on penguins. Chris was doing a bit of coaching and they were really having fun as Simon corrected Chris when he would make a mistake in how the words were supposed to flow. It's a great capture of connection. The first insert is a nine-pocket, 8.5x11 page protector that holds mini Instax photos on both sides. The front side was shown previously in this post and includes images from around my yard. The other side includes images I took this past weekend on the Oregon coast.

I stuck the photos back to back using a bit of Scotch adhesive, slipped them in the pockets, and then stapled them in place. I tried stitching along the top to keep them in place but that didn't work great (it was ok, but I'd rather do something else - learn as you go, right?) so I ended up just stapling them in place so they won't fall out.

I also included a second insert this week - a simple 8.5x11 page protector that includes an email from my parents on the front (and a card that Simon got Chris for Father's Day) and another special email I received on the back. The last page includes a bunch of different photos since we were really all over the place. A couple from the beach, one of Anna & Gabrielle who was also in Seattle with my parents, one of Simon with a mask Katie made for him after he watched The Princess Bride for the first time, some journaling I did while at the retreat, and one of the backyard that I took on Sunday when I returned home.

Life is full. This album often only scratches the surface of what's happening around here, but I love it for that. I love it for the opportunity it presents to see our lives in a single moment and then later on to be able to see the full year. It's really such a gift.

Project Life is a product created by Becky Higgins. It can be anything you want it to be. The pieces of the album kit (similar to the one I’m using) are available here. If you live outside the US check Becky’s site for more information on sources. View all my posts about Project Life here.
#Project Life® | Ali 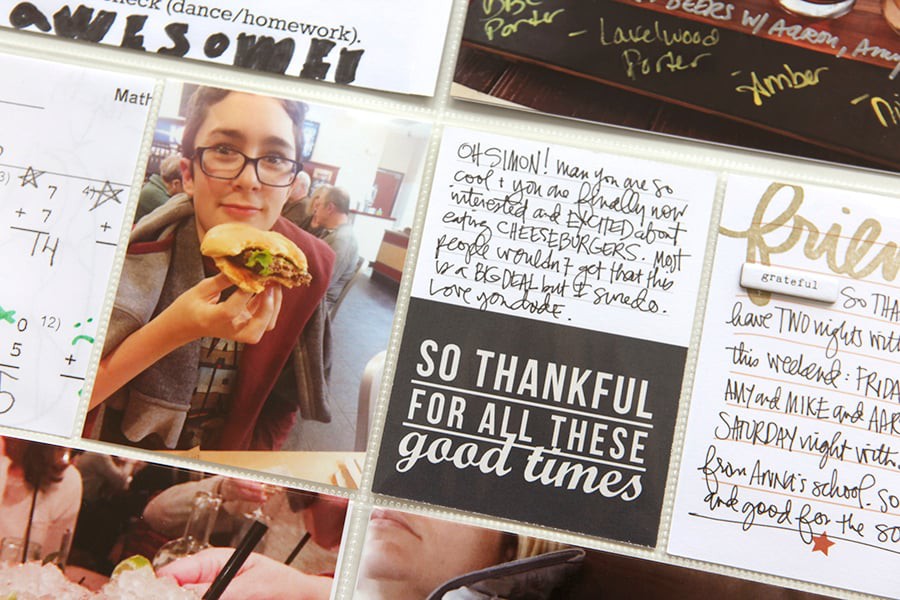 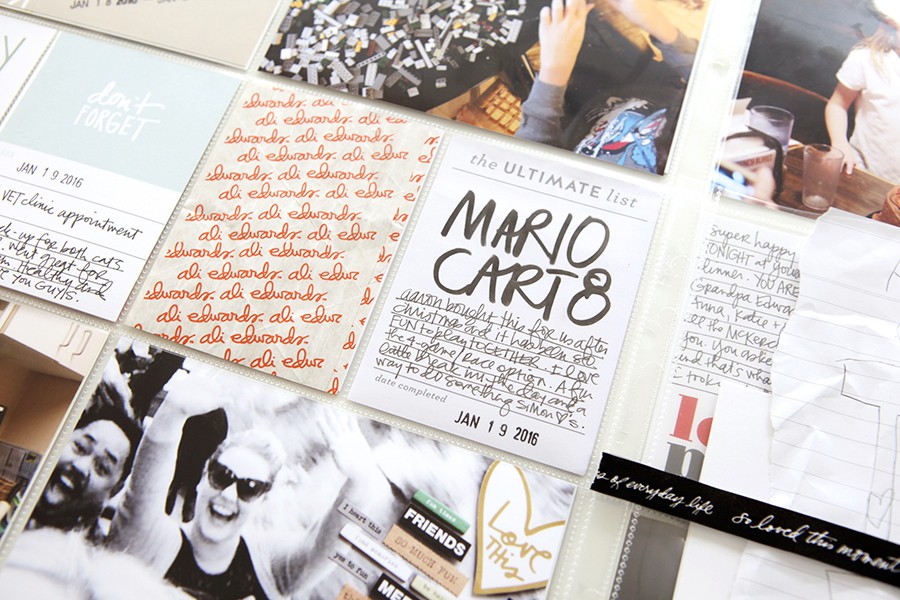 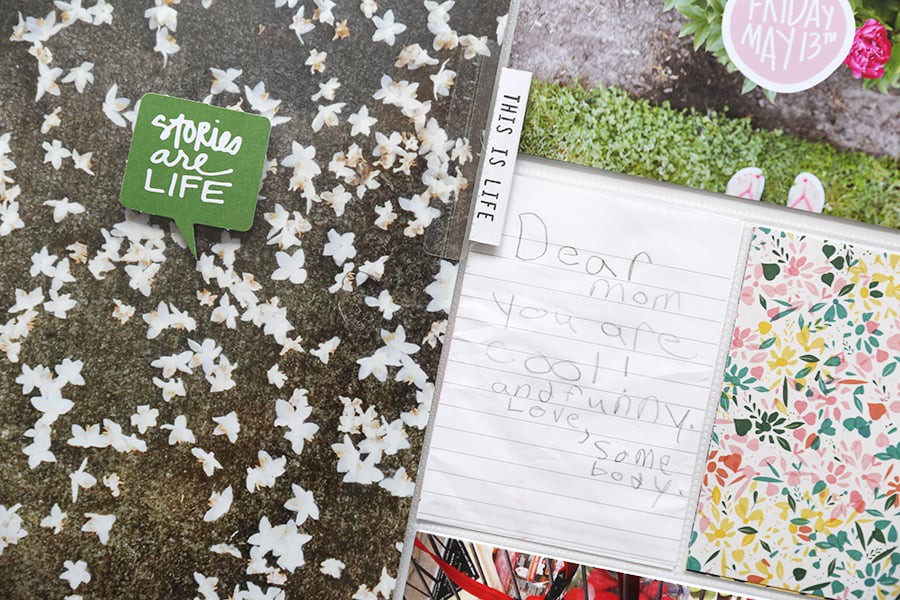