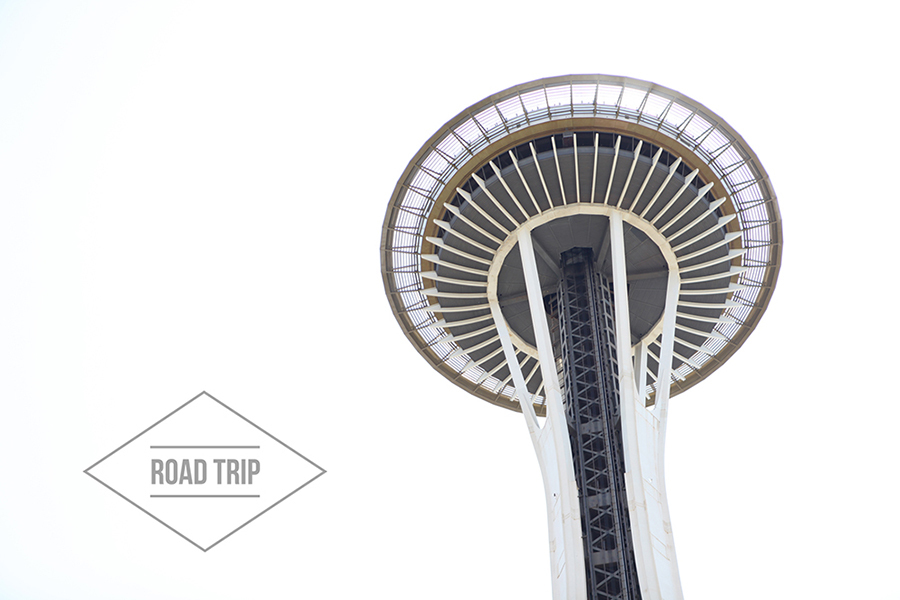 Part two of the week+ summer adventure happened after the camping trip with my brother.

The plan started out pretty simple. Aaron and I had both decided to take the week off work after the camping trip. As we were talking through options about what to do with this vacation time with all the kids (driving, flying, staycation, etc) we decided it made complete sense to go stay at the house I grew up in outside of Tacoma, Washington and adventure to Seattle for a day or two or more.

I think we both liked having that flexibility built into the plan so we could see how things went and how everyone was getting along and how much patience I/we had left.

After the four days of camping + two nights outside Seattle I figured I'd be ready to be home but left it open just in case.

Here's a look at the middle part of our adventure: 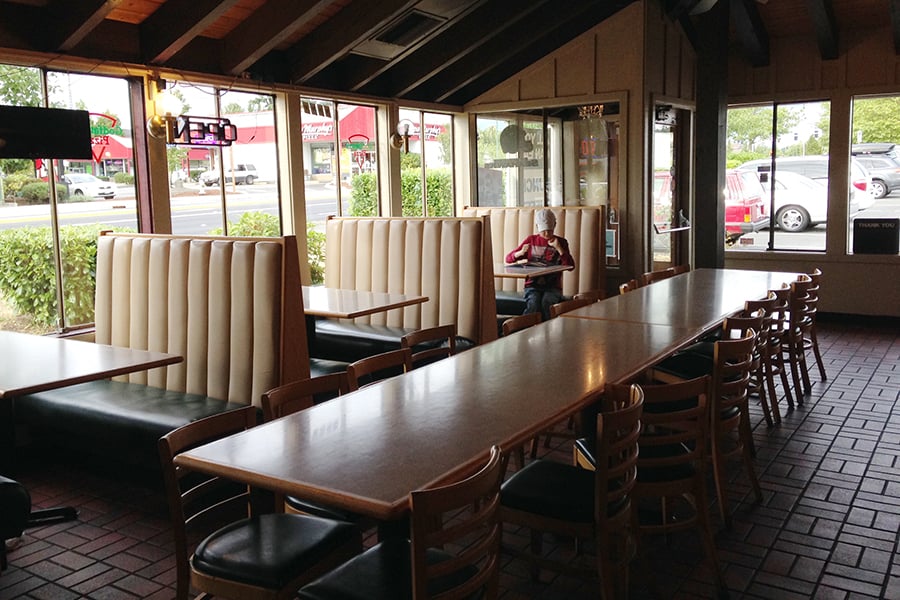 One of the first things we did after getting settled into the house I grew up in (after leaving the camping adventure) was figure out a dinner plan.

Growing up in the summer we spent a lot of time at this particular Godfather's Pizza in Federal Way. It was the place we went after so many swim meets. It was fun to have this crew there for pizza and to play some of the arcade games just like I did when I was a kid. 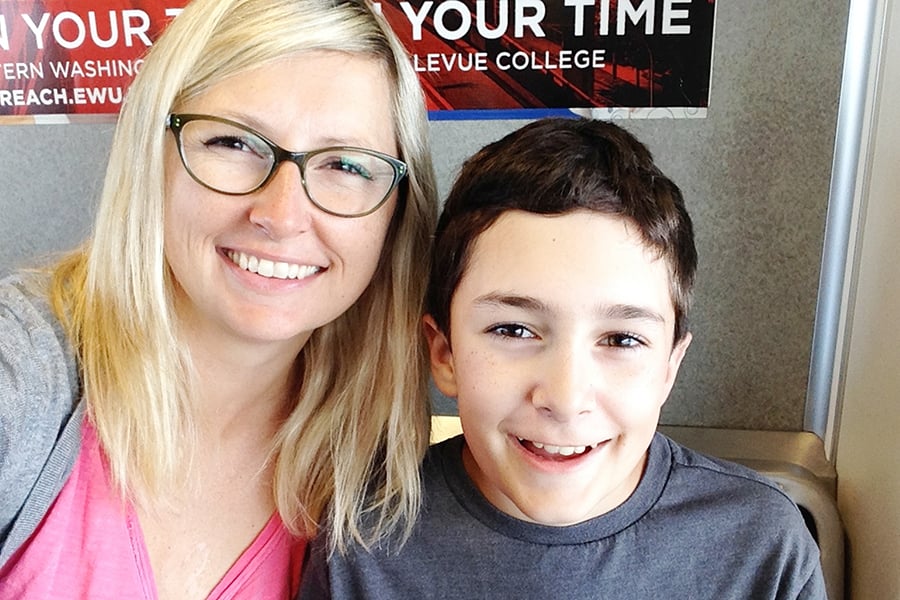 On Monday morning we developed a plan that included taking the Central Link light rail from the airport to Westlake Center in downtown Seattle. We don't have a car that fits all seven of us and taking two cars sounded like a pain and most kids like experiencing different modes of transportation. 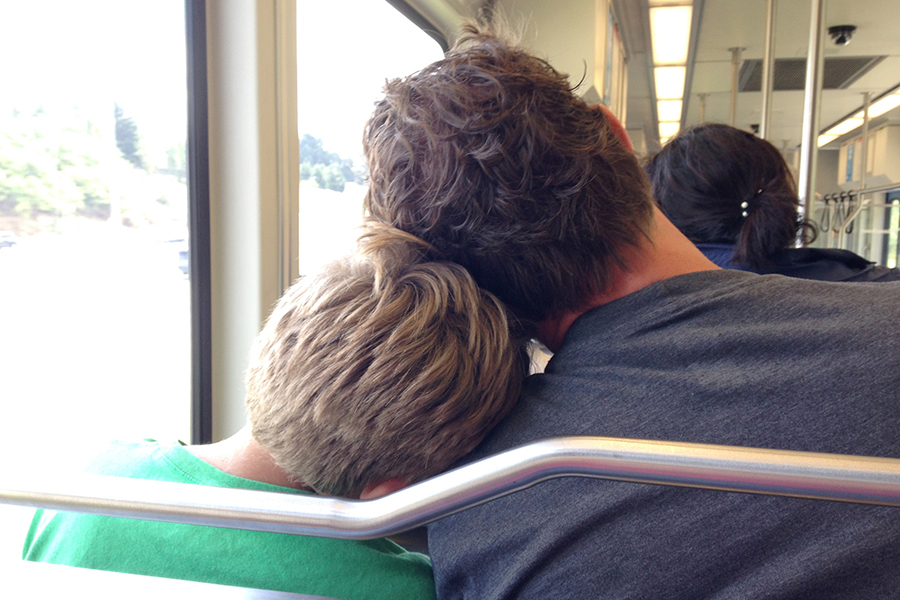 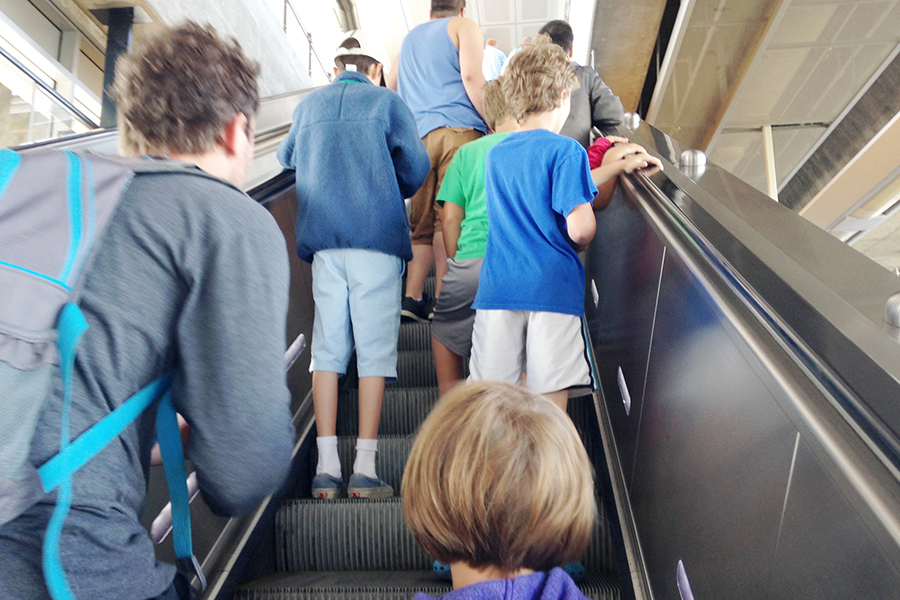 There was lots of anticipation (and lots of corralling of kids) as we got off the train and got on the monorail at Westlake to take us to Seattle Center. 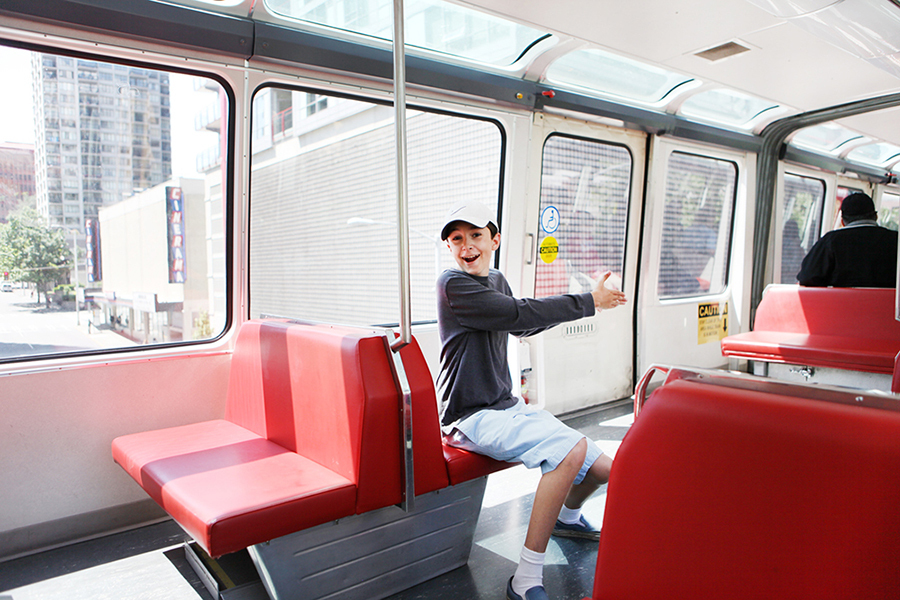 Told you he likes transportation.

My kids have been to the Space Needle and Seattle Center before but it was Aaron's kids first time. It was fun to see their faces as we approached. We didn't end up going up to the top of the Space Needle, choosing instead to spend our time and money at the Pacific Science Center. 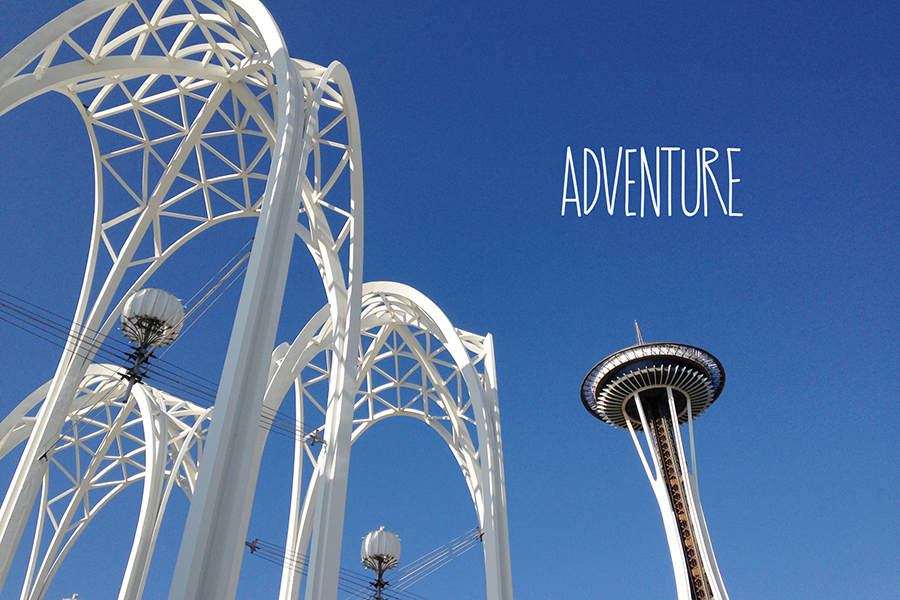 The Science Center is one of those Seattle institutions. I loved coming here on field trips or to see special exhibits as a kid. Right now they have a Spy exhibit happening which was pretty cool but a little much (too many words) for the two 5-year-olds. 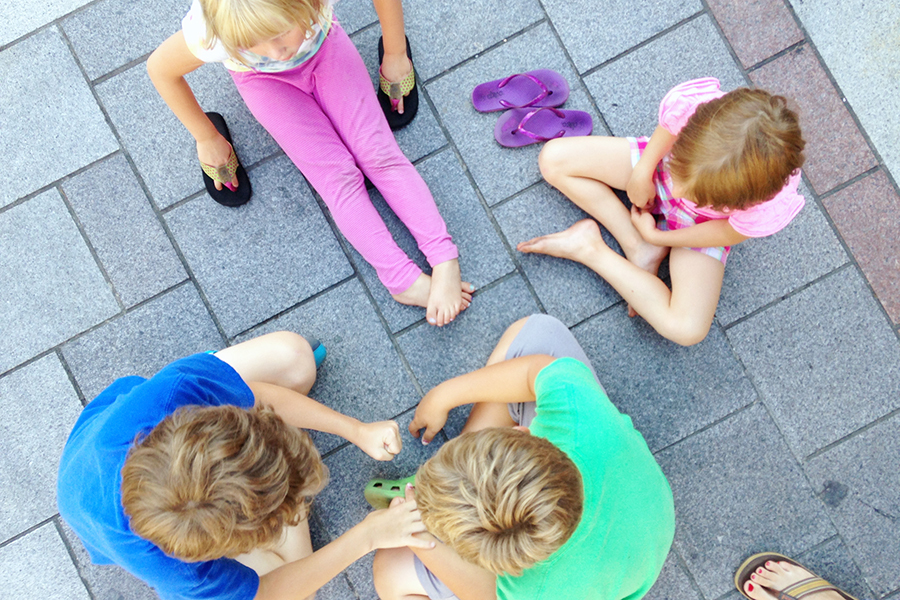 They found ways to have fun in the other exhibits and just hanging out with each other. 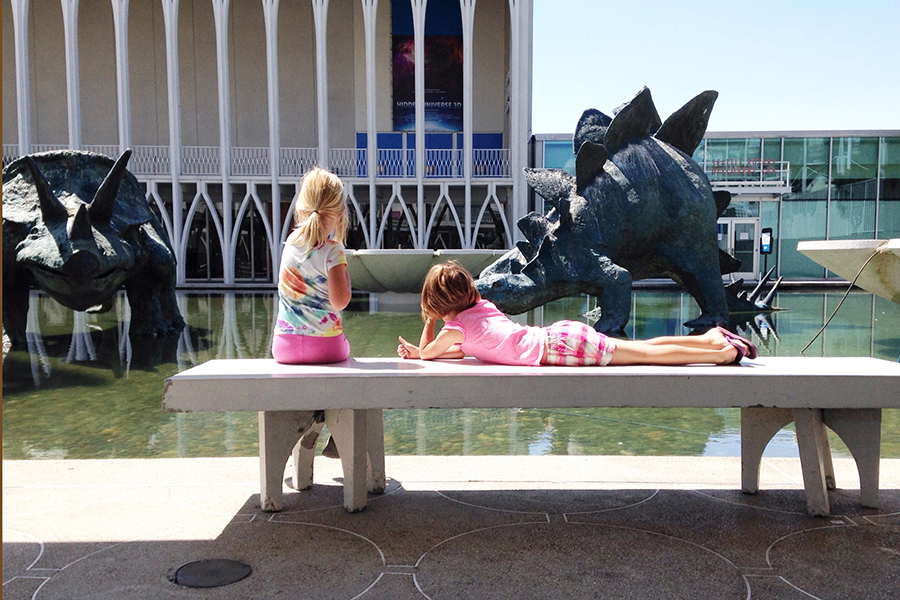 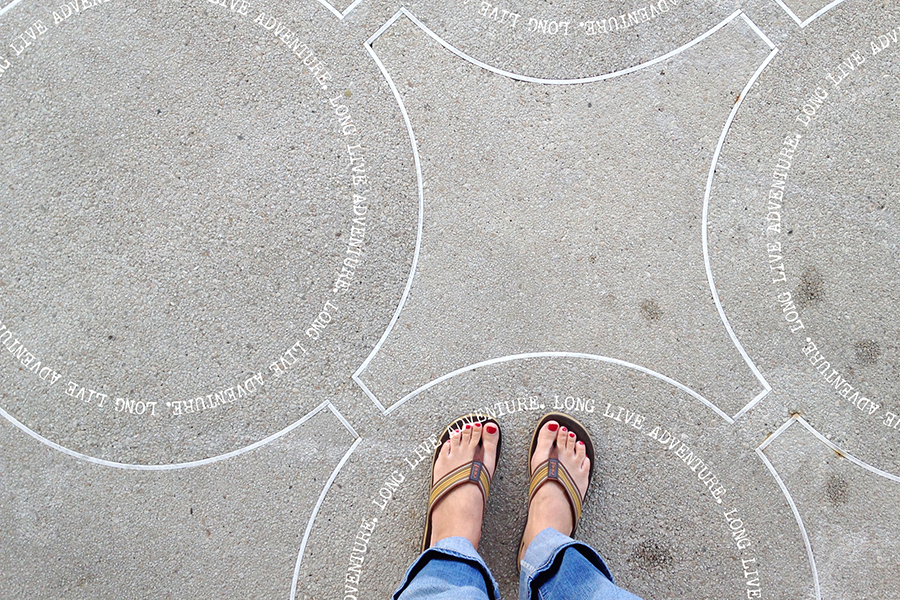 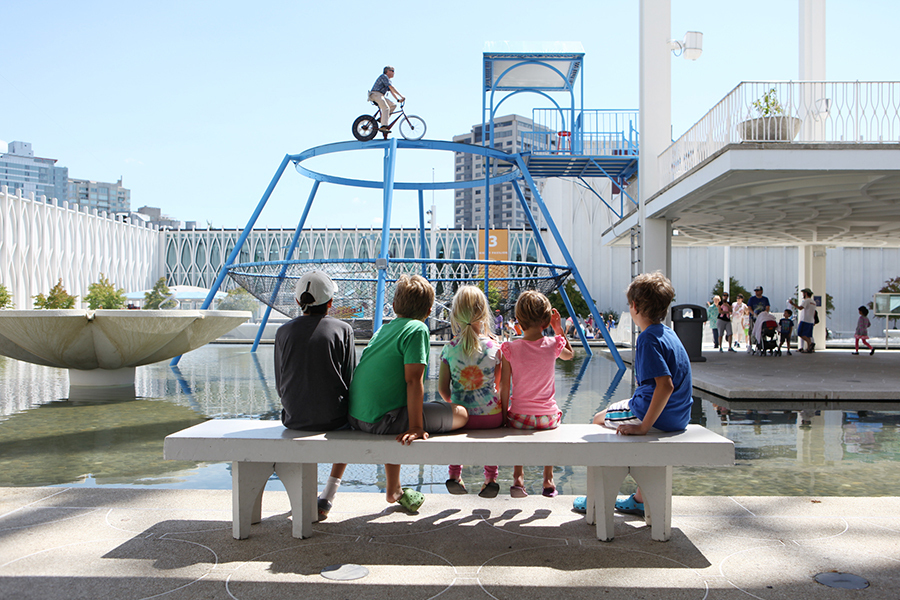 So yes, at the end of this day, we were all exhausted.

We had talked about going down to the waterfront for dinner or exploring more, but everyone was just done by late afternoon and we still had the train ride back to our cars.

I'm pretty sure all the kids had fun (or at least their memory will be one of fun), but it was also another learning experience for me and Aaron in the parenting/blended family adventures/expectations department. I can tell you that the two of us had some really good conversations at the end of each day as we were laying in the dark about what we think is most important in these kinds of adventures, things we each struggle with related to how we parent our own kids, strategies for next time and generally continuing to deepen our relationship. Not always easy but it sure feels worth it.

The next morning we woke up and took our time getting ready to go (remember how I said above that I thought two nights would be enough and there's always more work to do at home). At the end of two nights post camping I still wasn't quite ready to go home and the truth is I wanted to add another surprise to this adventure that I knew my kids would love.

So as a last minute thing we decided to make a reservation for Great Wolf Lodge on the way home. 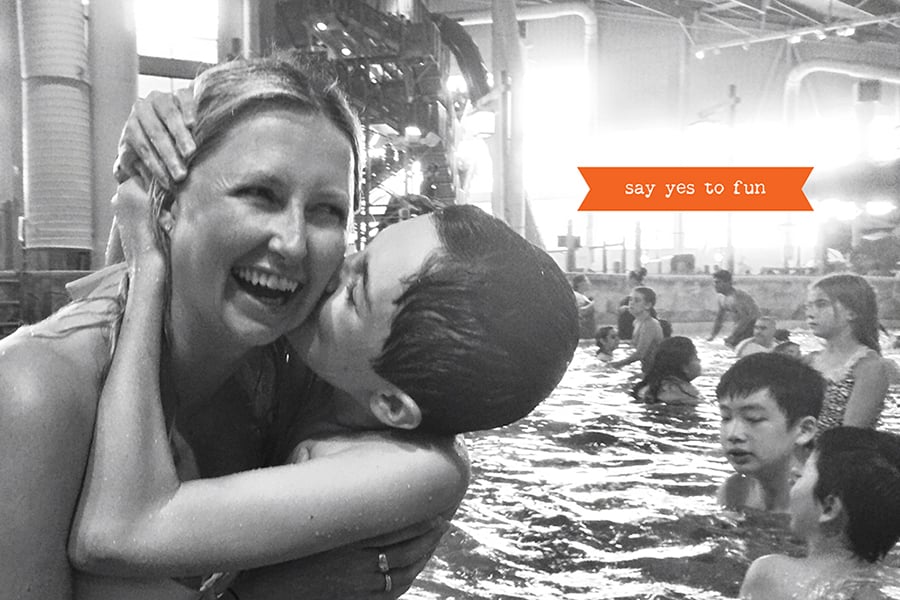 This is one of those places we've driven by many times as we've made our way north or south on I5 between my home in Oregon and my relatives outside Seattle. We've seen the big waterslides from the road and always wondered what it was all about.

We loaded up the kids in the car and started making our way towards home. Pretty much all the kids were sleeping in both cars, except Simon. When we pulled in and everyone woke up they were pretty surprised that their vacation wasn't quite done.

We checked-in and ventured into the waterpark and the kids loved it. They had so much fun playing in the wave pool and going on the waterslides and playing on the big structure in the middle of the water park (especially a giant bucket that dumps a thousand gallons of water every so often). I loved the waterslides the best and it was so great that both kids were into that part too.

Everyone slept awesome that night. 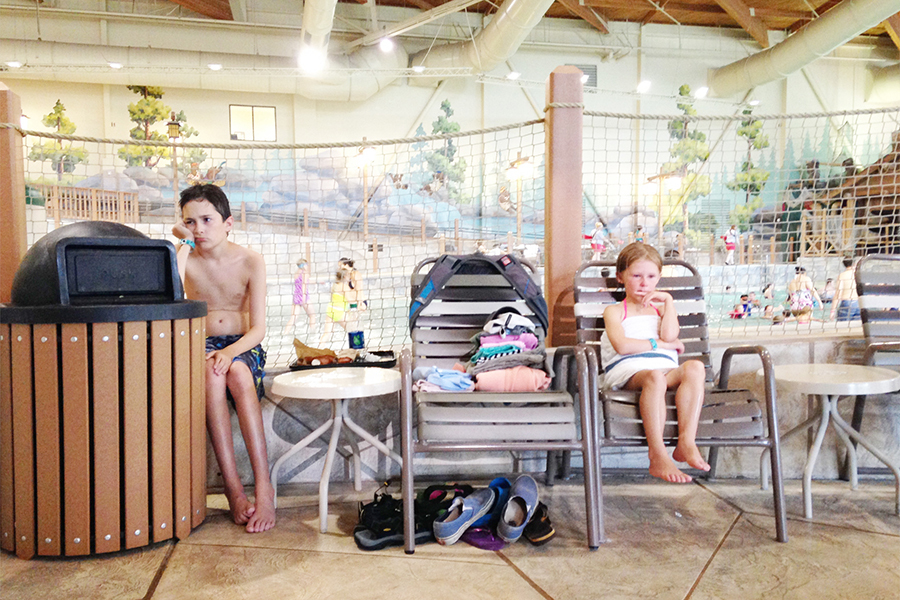 Here they are near the end of the next day. Again, they were pretty much done by this point. Remember that feeling?

We had initially planned to just stay one night - you have access to the waterpark from the time you check-in until closing time the following day which is a good amount of time to be in the water. What I wasn't aware of was that they also have this whole other component going on at the hotel called MagiQuest® (you can tell my research was really limited to the waterpark portion).

As soon as Simon saw all the kids running around with wands and activating cool stuff around the hotel it was really hard for him to understand that no, that wasn't a part of the adventure this time and we were just there to do the waterpark.

As we were getting ready to pack up and leave the waterpark (see that last photo above about being done) I started considering staying another night to be able to give Simon the gift of participating in the magical adventure. Normally all these adjustments to the schedule wouldn't be possible for one reason or another but because we'd left the week open we had some room to be spontaneous.

So, again, I made the executive decision to stay one more night. 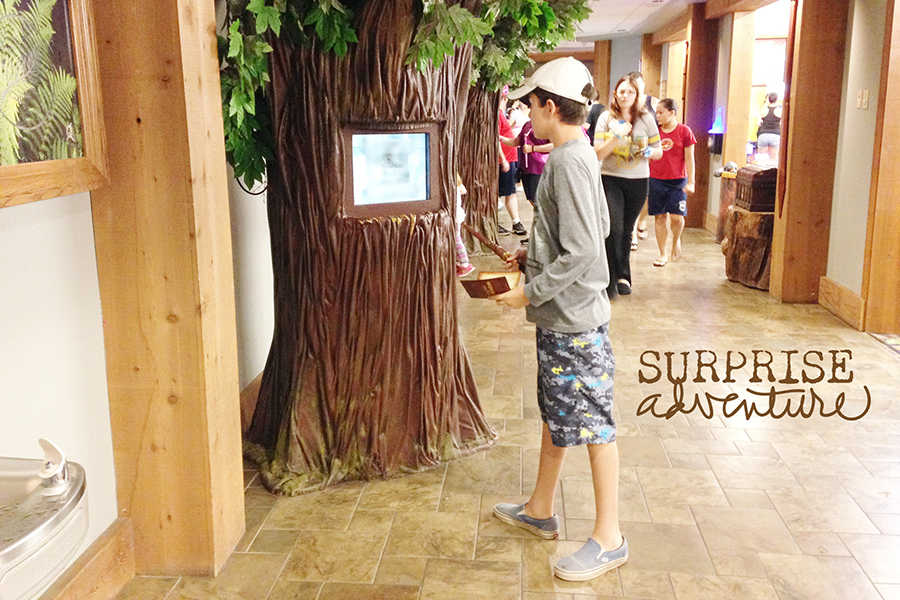 Simon and Aaron's boys loved it. Of course they did. They have a whole game set up where the kids go from floor to floor using the stairwells and common areas of the hotel solving puzzles - it's basically a big scavenger hunt. 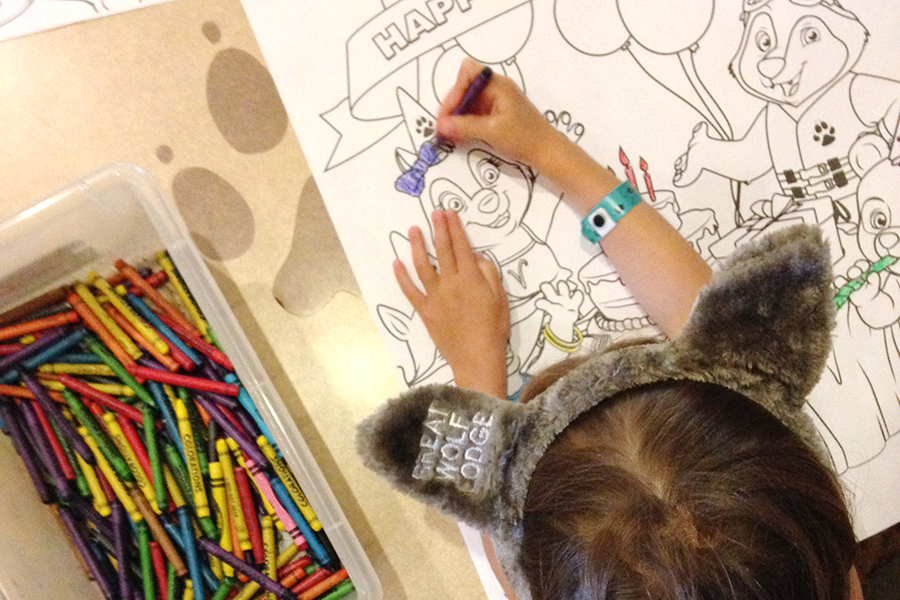 The girls also had fun using the wands around the hotel (not as a specific part of the game) but just as a "demo" which meant they could activate things (open chests, make things talk, etc). They also loved the little shows, face painting, coloring and storytime that was put on in the evening. 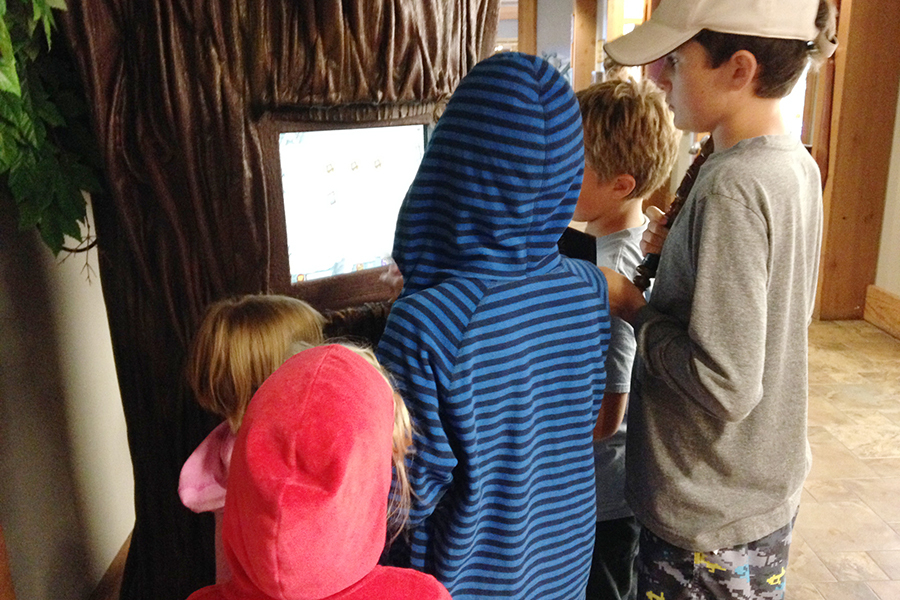 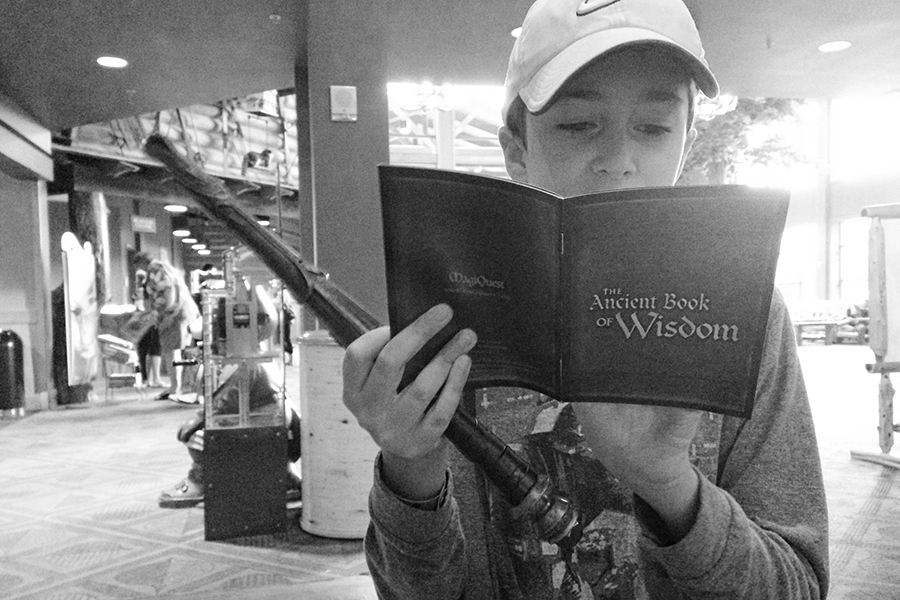 He was so into it. It got their brains going and it's an activity that takes up a good amount of time. They spent most of the evening and the next morning going through the book and clues to finish the game. It's definitely a nice compliment to the water activities.

We loved how geared the whole place was to the kids. 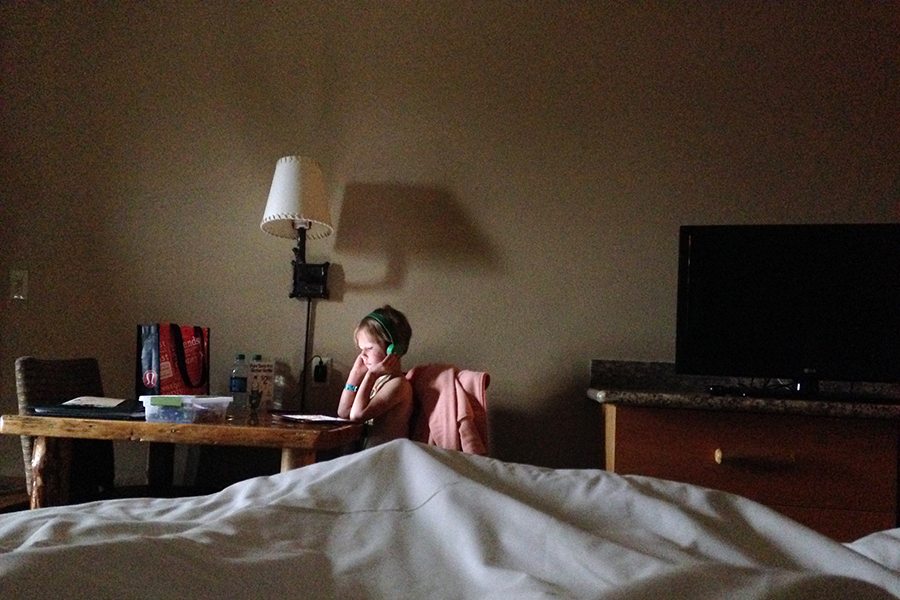 I've got one more post to share, most likely later this week, which will be Part Three of our summer adventure (another weekend of camping to round out the week+ of fun).

Check out Part One here.

Word art used on some of the photos above is from my Spontaneous Adventure and Diamonds Are Forever Vol. 3. 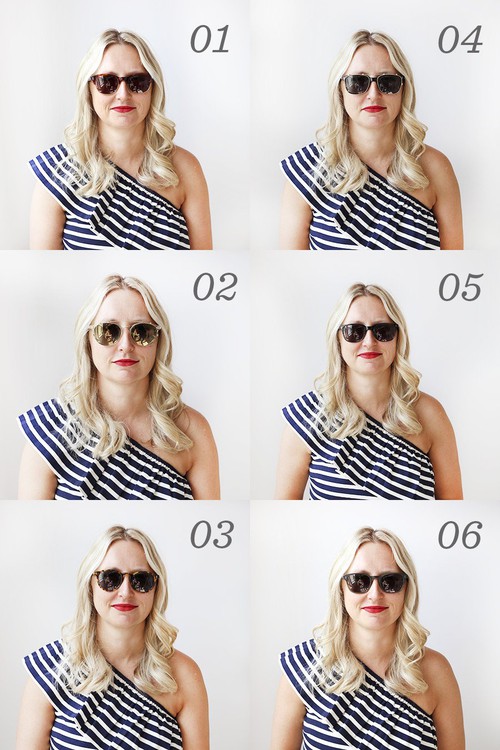 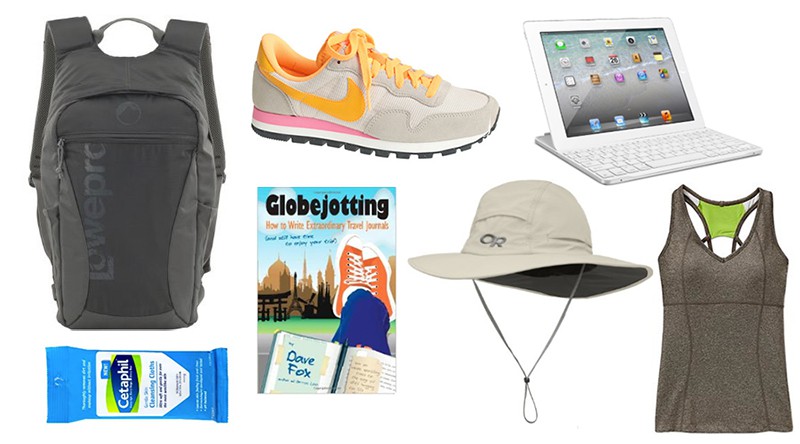